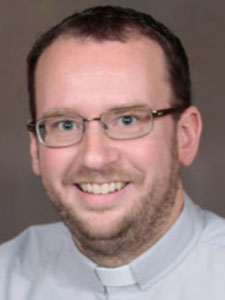 I believe that all have human rights, including those who make the dangerous journey to this country in search of hope and a new life. Children have the right to not be separated from their parents at the border and not to be sent to unsanitary conditions with extremely limited resources. I believe the promise of America is for all people, not just those who look like me. I believe it is a historical irony that people who are descendants of immigrants who live on land stolen from native peoples would be so opposed and threatened by people who don’t look or talk like them.

I believe history is currently written by the victors, and what I was taught as a student in grade, middle and high school has been distorted by those victors. I have learned a great deal about history from it being told from an African-American and Native American viewpoint. Yet, at the same time, we cling to a group of traitors and their flag, and erect monuments to “honor” them and our nation’s original sin of racism and slavery – which they fought to preserve. I believe that racism is still prevalent in our world. It is pervasive, and there are those who want to preserve this systemic racism. Police brutality and mass incarceration of African-American persons are some of the results of this.

I believe that ending abortion is better done through understanding the causes of it and making changes in the system, offering compassionate care — rather than trying to regulate a woman’s uterus. I also believe that “pro-life” extends to people on the other side of the border and to the children of Flint, Mich., – who have been poisoned by an ill-devised and lethal attempt to save money. We have politicians talking about sacrificing our most vulnerable people in this time of pandemic in the name of “saving the economy.” However, I know of no anti-abortion activists that are involved in these protesting these anti-life practices.

I believe, and coming from a more conservative faith tradition, that the religious-religious right that we know of today is a heresy. It looks nothing like the Jesus who announced, “good news to the poor, release to the captives, recovery of sight to the blind, and the year of God’s favor.” It looks nothing like Jesus who spoke about the nations being judged on the basis of how they treat the poor, the outcast, those in prison, and those who had no home or place to stay. I believe Christian nationalism is also a heresy that has its roots in the doctrine of discovery and manifest destiny. For God sent Jesus for the world (John 3:16), not just for the United States.

I believe God calls us to love our neighbor unconditionally, and I strive to love all humanity – even the humans I struggle with. I believe that Jeff Erding is a beloved child of God, but that the opinions he represents are on the wrong side of history and theology – and that, his letter on June 29 is a smear of Christianity.

I am a believer in love and compassion for all people. I am bold enough to preach difficult biblical texts and do so with the great call to love God and neighbor at the center – because that is what Jesus actually commanded.

If you want to hear a different narrative – please come and join us at Preston and Wykoff United Methodist Churches. We are open to all people. You will not be judged by your past, or who you love, your finances, or place or origin. We will do your baptisms, weddings, funerals and serve you communion. God’s grace is for everyone. You will be stretched to ponder the meaning of Jesus’ command to love God and love neighbor – and what that requires of us.

These are my values and convictions. If this makes me a “radical left” pastor, I am very proud of it.