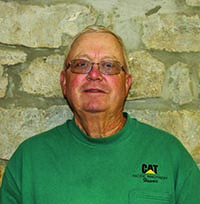 Since my last writing, many events have occured in our country that are quite disheartening to the “Old Soldier.”

First let’s address the George Floyd tagedy. Anyone who has watched the news segments of thes injustice cannot help but be moved by this terrible act of malice and intolerance. We must do better as Christians and Americans to improve ourselves to eliminate these acts of agression toward our fellow man.

While  many of the protests follwoing this incident were peaceful, some turned violent with looting and vandalism. As some of our many freedoms, protest and speech are to be used to promote change. As these demonstations turned ugly, our leaders acted far too slowly to control these protests. Now, we as taxpayers will be asked to help rebuild the area destroyed by the rioters.

While discussing leadership, the upcoming elections will give us a chance to voice our opinions, go to the polls and attempt to improve our leadership.

It seems to me, our present choices for president are both less than desirable. Trump, while he runs as a conservative, is far from it. Even before the pandemic his proposed budget was over a trillion dollar deficit. Since then a couple more trillion has bee given away. How many of us really believe “printing”  more money helps anyone in the long run. Also, Twitter is Trump’s own worst enemy.

While Biden represents the Democratic party, he appears to be a better candidate than “give everything to everyone Bernie Sanders.” Joe’s age and his sons high paying job with Ukraine may be against him.

What about Kanye West or Oprah? Where are the true patriot leaders when we need them? It seems to me we haven’t had any since Dwight Eisenhower or John Kennedy. These men, both veterans, even though they were of different political parties, had the best interest of our country in mind.

Going forward, we must support our law enforcement officers, as they have a very difficult job to do. As they move forward to retrain and refocus, we as citizens also need to work to improve our understanding and tolerance of different races, religions  and cultures.

Only then will we regain the moniker “Minnesota Nice.”