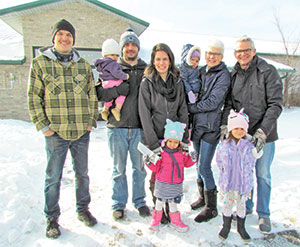 The word on the street is the Pope and Young Club in Chatfield is closing and moving out of Chatfield.

“Some parts of the rumor are true,” explains Jason Rounsaville, executive director of the Pope and Young Club for the past three years.

“It takes $70,000 to run the museum and the organization is just not big enough to absorb the expenses of running a national museum,” explained Rounsaville. “Some days only one person stops in.”

“The organization is in discussion with a major outdoor sporting goods retail store about moving the museum to their space that will have 100,000 times the traffic,” explained Rounsaville.

The solutions to the difficult decisions currently faced board to ensure the sustainability of the organization are driven by the club’s mission to ensure bowhunting for future generations by preserving and promoting its heritage and values.

Officials of the Pope and Young Club have talked with the locals about the organization’s future. “We are proud to be part of the Chatfield community,” emphasizes Rounsaville. “The community has been good to us.”

Rounsaville points to one family that has been actively involved in the organization since the mid-1960s. “Hisey’s are a good family,” described Rounsaville. “The family is still somewhat involved. In fact, Glenn Hisey who retired in 2015 after 35 years of leadership roles was just in helping out in the office.”

The organization is responsible for maintaining the records of North American big game taken with a bow and the membership that comes with that. They also author quarterly publications. The Pope and Young Club is a national organization that does not lobby. Instead, they write letters supporting conservation initiatives that protect and preserve bow hunting.

Having the museum open while the building is up for sale makes it difficult for prospective buyers to see the building’s full potential. Rounsaville hopes that they do not have to mothball the museum. His advice to those that would like to visit the museum and see the museum’s world class exhibits is to stop by sooner than later.

The free museum opened its doors in Chatfield on October 4, 2004. The museum proudly boasts a handmade bow made by Ishi as well as various other one of a kind of artifacts. “Even the Smithsonian museum does not have some of the artifacts we have in our museum, shared Rounsaville.

The Anderson and Murphy families from Minnesota who were visiting the museum for the first time were in awe of the exhibits and dioramas.

Museum Curator, Larry Streiff shared that the museum is home to many of Dr. Pope and Art Young’s items including the bows used during a hunting trip to Africa in 1925. The museum’s collection of broadheads at one time was the largest collection in the world available for public viewing.

The museum is open during COVID-19 and Larry Streiff who works every Saturday giving tours.