Robert Ray Morrison, 87, of Houston, Minn., died on Tuesday, January 7, 2020, at Valley View Healthcare and Rehab in Houston. Robert was born on December 14, 1932, in La Crosse, Wis., to Paul and Anna (Schoenrock) Morrison. He was raised in La Crosse, Wis. Robert worked as a custodian at Northern Engraving in Sparta, Wis., for many years. He enjoyed fishing and worked as a … END_OF_DOCUMENT_TOKEN_TO_BE_REPLACED

Lucille “Lucy” Ann (Mickelson) Olson, 96, of Caledonia, Minn., peacefully passed away on Sunday, December 29, 2019, at the Good Shepherd Nursing Home. She was born Lucille Grace Fuchs on October 12, 1923, in the Santiago Township of Sherburne, Minn., daughter to August and Clara (Freischmidt) Fuchs. Lucy lived briefly in Duluth until 1927/1928 when she and her three siblings … END_OF_DOCUMENT_TOKEN_TO_BE_REPLACED

Groth ~ Hoskins  Michelle Anne (Evenson) Groth and Steven Paul Hoskins were married Friday, October 11, 2019, at five o’clock in the afternoon, during a private ceremony with their immediate family in La Crosse, Wis. Keela Johnson, best friend of the bride, officiated the ceremony.  The bride is the daughter of Mr. and Mrs. Timothy Witt of Dakota, Minn., and Ms. Susan … END_OF_DOCUMENT_TOKEN_TO_BE_REPLACED 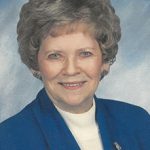 Joye L. Fitting, 92, of Houston, Minn., passed away peacefully on Friday, November 29, 2019. With a bright smile and loving embrace, Joye was a devoted mother, grandmother, and great-grandmother. Her creativity and elegance inspired everyone she knew and loved. Joye was born on December 28, 1926, to John and Ida (Carlson) Egland and grew up on the now Raptor Ridge Farm of … END_OF_DOCUMENT_TOKEN_TO_BE_REPLACED 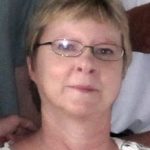 Kristie Lee Benson, 69, of Rochester, Minn., passed away peacefully at Mayo-Franciscan Healthcare Hospital, La Crosse, Wis., on November 25, 2019. Kristie was born to Norman and Norma (Larson) Benson on April 10, 1950. She was raised in Houston, Minn., and a graduate of Houston High School. Kristie continued her education, leading her to a successful career at IBM in … END_OF_DOCUMENT_TOKEN_TO_BE_REPLACED