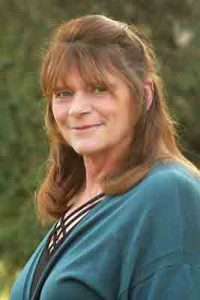 On September 16, 2022, Susan (Sue) R. Gehrking passed away unexpectedly in her sleep.

Sue was born in Harmony, Minn., on October 25, 1960, to Ronald and Evelyn Gehrking. She was the second of five siblings. She grew up in Spring Valley and graduated from Spring Valley High school in 1980.

Sue married Terry Brusse in 1981. They lived just outside of Cherry Grove, Minn., where she had her first son, Garren Brusse. Terry and Sue later divorced.

In February of 1992, she married her second husband, with which she had her last two sons, Ben and Bob Barlow. They lived in Preston before moving to the country, and settling into Florencville, Iowa.  She and her second husband would later divorce.

Sue has three grandsons: Joseph Brusse, Jayden Reicks and Hunter Barlow. Joe and Jayden are sons of Garren Brusse, and Hunter is the son of Bob Barlow and Brianna Myer.

Sue is preceded in death by her father Ronald Gehrking, and son Garren Brusse.

From the early age of 15, Sue was a hard worker. She began with odd jobs until she was old enough to work at Denny’s grocery store, where she worked until after graduation. After relocating to Preston, Minn., she began her waitressing career at the Branding Iron where, due to her fun personality and genuine kindness that people felt instantly when meeting her, she excelled. Being the hardworking loving mother that she was, she found another job as a cook with the Fillmore Central School District. This would allow her to be home after work when her boys were out of school. The job then turned into a career. As the cafeteria lunch lady she truly enjoyed feeding the kids, seeing the smiles on their faces and watching them grow into young adults. At times, she would act as the counselor to listen or give advice, other times, the referee to keep things in line. No matter the situation she was always there, and there with a smile.

Sue had many hobbies and interests, but the one that tops them all would have been her love for animals. Early in her life, she enjoyed riding horses with friends just outside of Spring Valley. She would later share that interest with her sons. She had many pets, most of them being rescues. She had a tender place in her heart for an animal in need. Her three dogs, who were with her when she passed, will be lovingly cared for by her sister Brenda, and son Bob and Brianna.

Sue was a woman who loved deeply, and with her whole heart. From the people she first met, to old friends, they’d all tell you she was one of the nicest people you’d meet. She always saw the best in everyone she met. She was kind, warmhearted, and didn’t hesitate to lend a hand, or an ear, whenever it was needed. She was always there for the people, and animals, she loved. She was a strong woman, with a warm, welcoming smile.