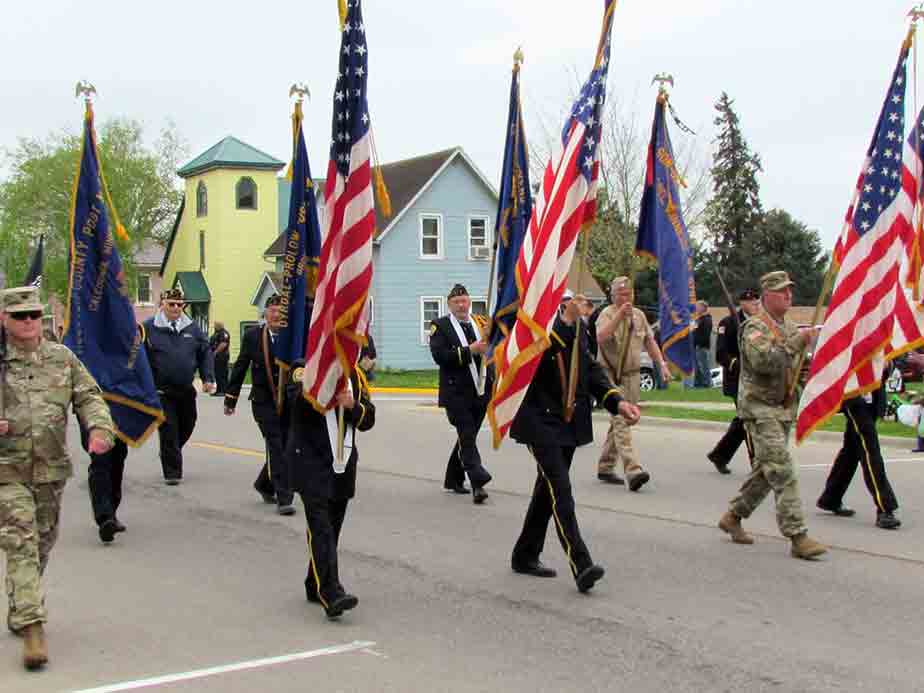 Syttende Mai is Norway’s National Day and is observed on May 17. The celebration began among students. For some years, the King of Norway and Sweden were reluctant to allow the celebrations. By 1864, the day became established, and the first children’s parade was launched in Christiana, consisting of only boys. In 1899, girls were allowed to participate in the parade.

The highlight of the festivities in Spring Grove is the Grand Parade. Expect to see your favorite entries, military honor guard, horse-drawn wagons/carriages, decorated floats, marching bands, fire trucks, clowns, old cars, tractors, and royalty. It is also fun to wave at friends and neighbors in the parade.

Kids and adults look forward to catching candy. Parade participants understand the importance of saving candy until the parade’s end, so everyone gets some. It seems as if cheese sticks are as popular as candy in the Midwest.

The following weekend is the SEMBA Spring Bluegrass Festival, May 20-22, 2022.