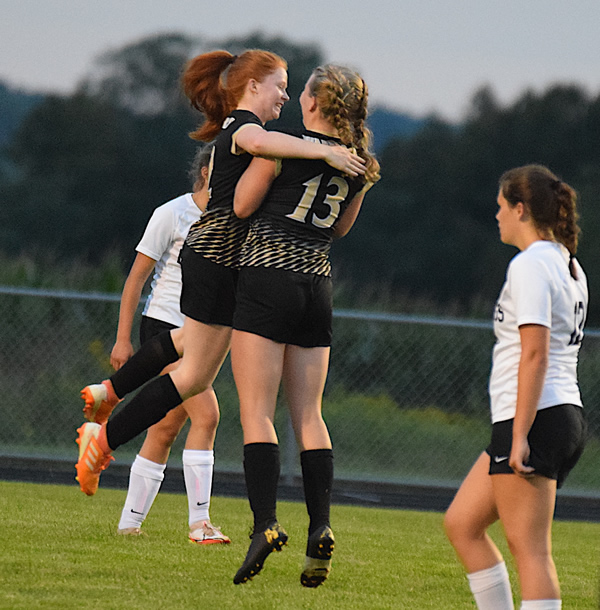 The Caledonia/Spring Grove/Houston soccer girls snapped an 11-game, scoreless losing slide with an exhilarating, season-opening 3-1 home win over Plainview-Elgin-Millville on Sept. 2. It was the Warriors’ first conference victory in three seasons. Senior Hailey Alfson put a 20-yard free kick inside the far post to tie the score at 1-1 during the 34th minute of play. That equalizer came after Ayshia Gay had drawn a foul just outside the penalty box on the left side. It was just four minutes after the Bulldogs had taken a 1-0 lead.

The Warriors took the lead 19 minutes after halftime when Alfson collected a deflection off the goalkeeper to score her second goal. Eighth grader Loisah Gay had set up the play with a through-ball into the penalty box.

The insurance goal came in the 74th minute (out of 90) when eighth grader Macy Kraus was taken down on a foul 40 yards from the goal. Junior Kennedy Kruse sent the free kick into the box where Loisah Gay gained possession and passed to the far post where junior Cameryn Kruse put the ball into the net.

Coach Chris Jandt praised the effort of the team, which was able to overcome a 1-0 deficit despite being shorthanded. “We did not have senior captain Katelynn Seymour due to an injury, and freshman Libby Morey stepped into the center defensive role. Libby and junior Mikaela Konkel were able to slow down P-E-M’s speedy forward for most of the night. This was an outstanding game that the girls played by holding possession and moving the ball. The best game we have played in my seven years, and it’s the first game of the year. It will be interesting to see what we can do moving forward.

“Midfielders Kennedy Kruse, senior Therese Jore, eighth graders Siri Konkel, Loisah Gay and Macy Kraus controlled the game with their passing and movements. They were able to connect with the defense and get the ball to our wings and forwards. Everyone has been working hard this first two weeks of the year, and it really showed. I’m glad they were able to give the fans a fun game to watch.

“Freshman (goalkeeper) Josie Foster made some outstanding saves to keep us in the game. Her distribution back into the field has really developed in the offseason. She’s put in a lot of work, and it really showed tonight.”

Foster made 15 saves on 16 Bulldog shots. The Warriors scored on three of their 14 shots on goal. 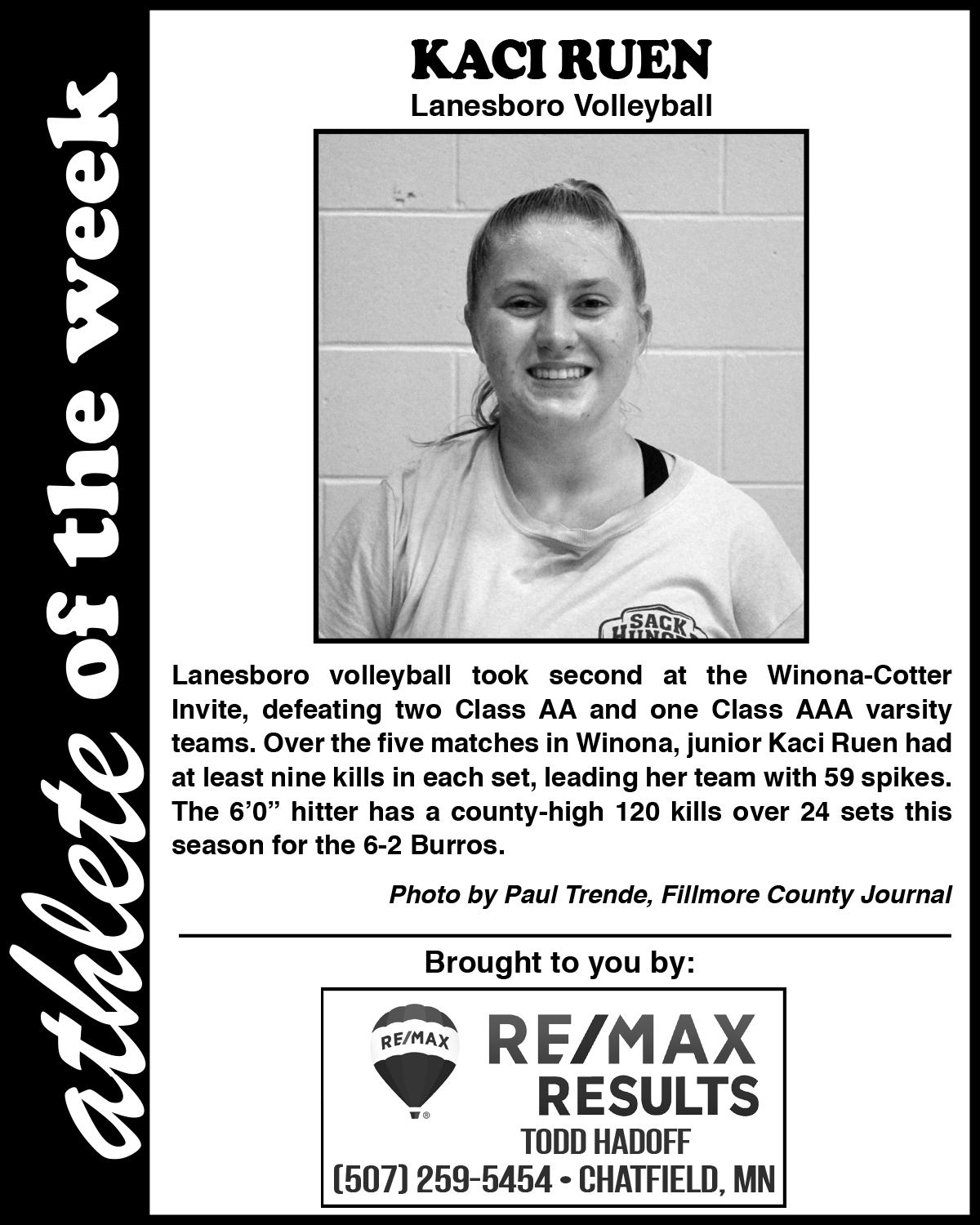 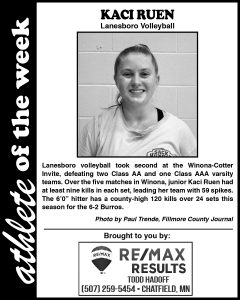