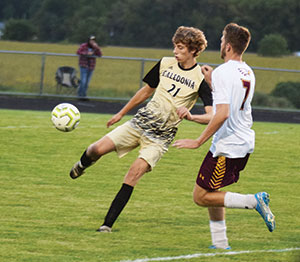 (B) Dover-Eyota 6, Cal/SG/Hou 1 (Again, the Warrior boys gave up an early goal to the visitors, two minutes, 49 seconds into the match. Late in the first half, undefeated D-E (5-0, 5-0 TRC) added a pair of goals within 38 seconds to take a 4-0 lead into intermission. Down 6-0, C/SG/H received a goal from sophomore Austin Meyer to close the scoring with 24 minutes remaining.)

(G) Cal/SG/Hou 0, D-E 7 (It was a busy night for goalkeeper Josie Foster with the Eagles showering her with 35 shots. In the absence of Mikaela Konkel, versatile senior Eliza Welscher moved back from midfield to defense. Although Coach Chris Jandt said ball movement improved, the visiting Warriors attempted no shots.)

(B) Cal/SG/Hou 1, SC/L-A 3, (Trailing 2-0, the Warrior boys received a first-half goal from Austin Meyer. The score held until a late-game goal by the Saints. Both defenses limited the opposition to half of the previous scoring when the Saints had won, 6-2, in Caledonia. This road decision was the fourth straight loss for the Warriors (1-5-5, 0-5-1 TRC)

(G) SC/L-A 2, Cal/SG/Hou 0 (The visiting Saints scored with just under 12 seconds remaining to match their previous 2-0 home win over the Warriors (1-6, 0-6 TRC). The first goal had come 10 and half minutes before halftime. “We played a great game overall but made a few mistakes that cost us in the end,” said Jandt.  “Josie was solid in the net all night and has stepped up her game. The girls started to string more passes together and created a few good opportunities.  We saw a couple of good combination plays with seventh graders Siri Konkel and Loisah Gay.”) 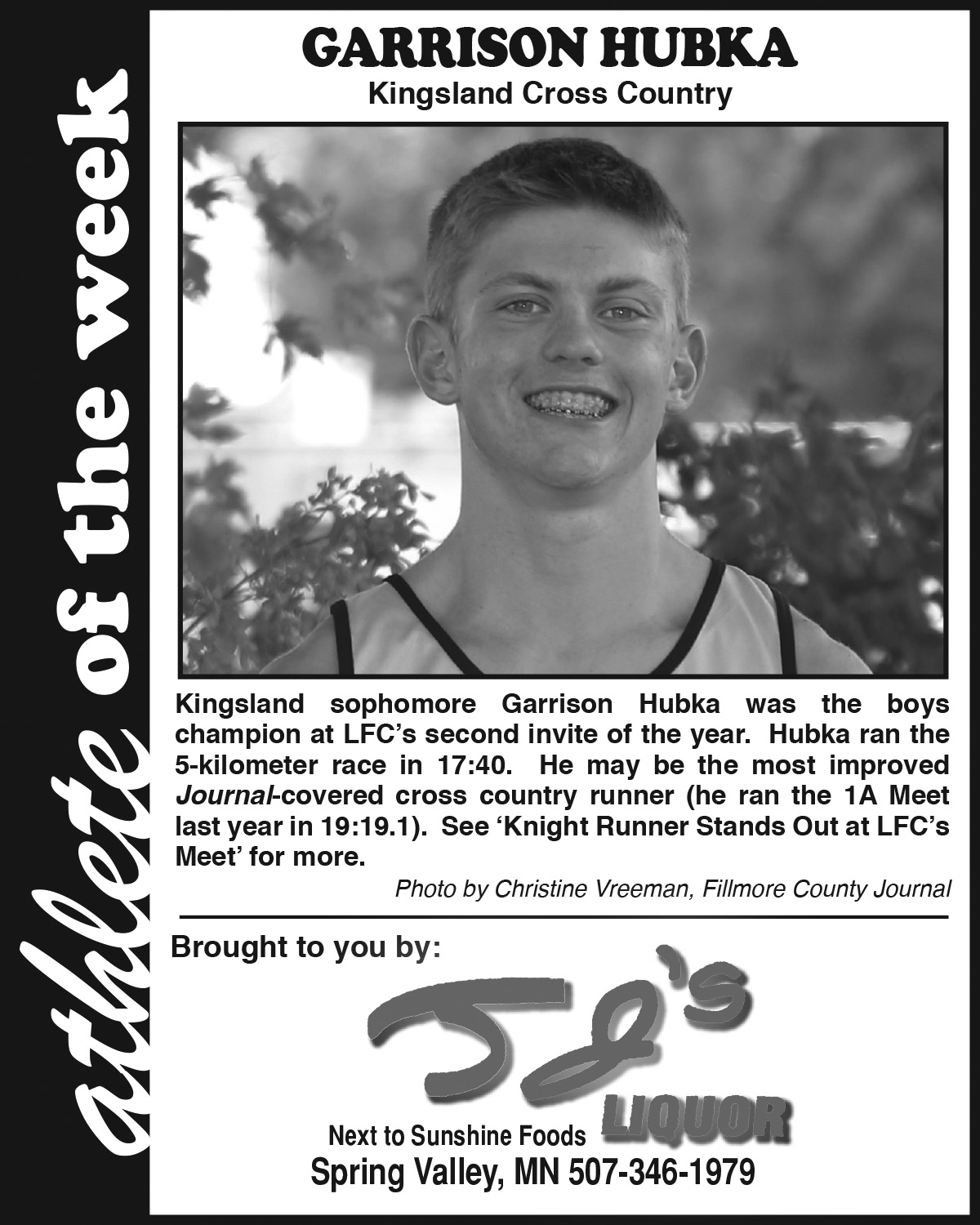