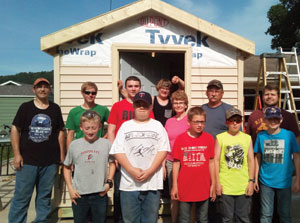 Merrill Schroeder of Rushford became a part of an elite group that very few people ever earn their place to join. Merrill became an Eagle Scout, the highest achievement attainable in the Boy Scouting program of the Boy Scouts of America. Only 4% of all Scouts are granted this rank, which takes years to fulfill.

“I’ve been a part of Troop 53 in Rushford since fifth grade,” Merrill said. “I’ve always enjoyed and valued scouting, so when the time came to decide to go for Eagle Scout, it seemed like the logical thing to do. I knew it would take a lot of time and hard work, but I was ready to go the extra mile to reach the highest rank.”

Merrill’s parents, Colin and Crystal Schroeder, encouraged him. “We saw how much scouting had done for him throughout the years in becoming a leader and taking responsibility,” Colin said. “We knew he was ready to take it to the next level and we were ready to support him in achieving his goal.”

First, Merrill had to complete the requirements of earning at least 21 merit badges. Tom Butterfield, Merrill’s troop leader, was instrumental in guiding him. Merrill also had to demonstrate Scout Spirit, an ideal attitude based upon the Scout Oath and Law, service and leadership. This includes an extensive project that the Scout plans, organizes, leads and manages. The project must benefit an organization other than Boy Scouting, like a school, nonprofit or their community.

“I spoke with Roger Knutson, Public Works Director for Rushford, to see if there were any projects that I could do to help our town,” Merrill explained. “Roger mentioned that the warming shelter at Creekside skating rink was in disrepair and it would be awesome if someone would build a new one. I was excited at the idea of building something that could be used by so many kids and families.”

Merrill got to work, following the guidelines in the Eagle Scout Service Project Workbook. Before the project can begin, it must be approved by the organization benefiting from the effort, the Scout’s unit leader, unit committee and the Boy Scout council or district.

“Developing a project proposal for building an insulated warming house was the first step,” Merrill said. “Once this was approved, I went to work on making it a reality! Little did I know how much would be involved. I’m so thankful for my parents, my fellow Scouts from Troop 53, Troop Leader Butterfield, and the City of Rushford for all their guidance and support.”

Merrill said that he learned a lot about both construction and leadership during the project. He was responsible for raising about $1,800 and getting materials donated from businesses. “The most challenging thing was coordinating all of the labor,” Merrill said. “We had as many as 20 volunteers all working at the same time.”

The city was very pleased with the results. “Merrill and his crew did an excellent job,” Knutson said. “It’s a quality structure that will last for many years. As a city, we’ve promoted skating and have made the rink available to our residents. It’s great to have a new warming house complete with benches. With the extra money that Merrill raised, we were able to put in lighting and a motion light.”

Merrill said, “I would say the most gratifying part was seeing the warming house come together before my eyes. I would encourage others to get involved in scouting. It’s a great way to learn new skills and have fun while doing it.”

Merrill is currently earning his degree in welding technology and his high school diploma at the same time from Minnesota State College Southeast in Winona. He has a brother in seventh grade and a sister who is earning her degree in physical therapy.

The designation of Eagle Scout was founded more than 100 years ago and only about 2.5 million are currently Eagle Scouts. The requirements must be completed before the Scout turns 18 years of age. Eagle Scouts are presented with a badge and medal that visibly recognize the accomplishments of the Scout. In 2017, the Boy Scouts announced that a program for older girls will be available this year enabling them to earn the rank of Eagle Scout. 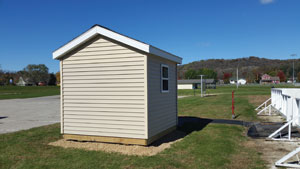 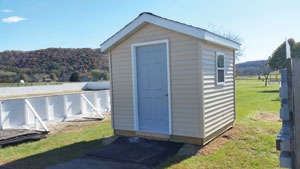 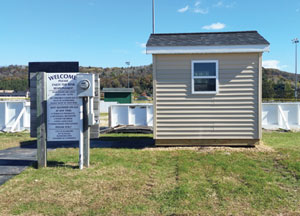 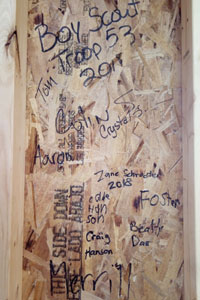