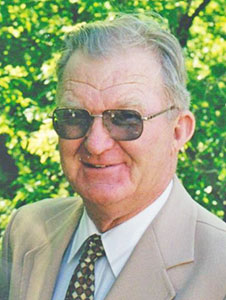 Sherman Borg Stole was born December 20, 1929, in Story City, Iowa, to John and Anna E. (Sheldahl) Stole. He attended high school in Roland, Iowa. Following high school, Sherman enlisted in the U.S. Army. He worked as a machinist at Boeing Aircraft in Wichita, Kans., and then moved to St. Paul, Minn., where he worked for 3M while also living in Ostrander, Minn. Sherman later worked at IBM in Rochester, Minn., as a machinist and retired after 22 years. He also farmed in the Ostrander area. On July 3, 1951, Sherman was united in marriage to Georgena (Luing) Deo in Albert Lea, Minn. Sherman enjoyed working on old cars and machinery, woodworking, and making trips to Menards and Fleet Farm. He was a member of First Baptist Church in Spring Valley for many, many years.

He was preceded in death by his parents, son Ray Deo, and brother Torres “Turk” Stole.

Due to COVID-19 restrictions, a private family service was held on Monday, May 18, 2020 at Hindt Funeral Home in Spring Valley. Burial took place at Bloomfield Cemetery in rural Spring Valley.