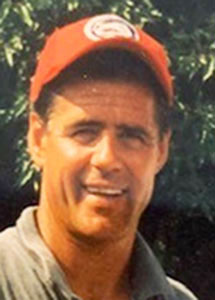 Scott Leonard Skaar of Rochester, Minn., passed away Friday, June 19, 2020, six months after being diagnosed with cancer. His wife and daughter were by his side at Seasons Hospice.

Scott was born on October 20, 1949, to Merlin “Happy” and Mavis (Webster) Skaar in Rochester, Minn. He grew up in Spring Valley, Minn., graduating from Spring Valley High School. After High School he enlisted in the US Navy. He then traveled to California to live, but his love of the outdoors brought him back to Minnesota. He was in construction as a self- employed contractor until his retirement.

Scott could strike up a conversation with anyone; he never met a stranger, only a friend he had not spoken to yet. He was an avid hunter and fisherman from the time he was a young boy to his final days. He would always say, “A bad day fishing beats a good day at work.” He enjoyed hanging out in the garage, telling the same stories a million times, to his friends that stopped over. He knew every fishing spot on the river and felt they all belonged to him because he “probably discovered it.” His proudest day was the day his daughter Madison “Munch” was born.

He is preceded in death by his parents and his sister Candace “Candy” Thorne.

Keeping with his wishes, there will not be a service. Instead he asks that if you knew him, and you’re reminiscing and telling stories, tell a good one about him, raise your glass and give a toast to him.