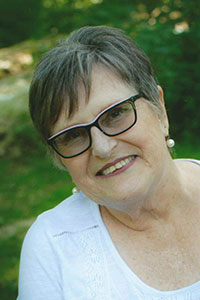 Sandra grew up in Mabel, Minn. She graduated from Mabel High School in 1965. After high school she attended Winona State University in Winona, Minn., where she received a bachelor’s degree in elementary education in 1969.

On August 10, 1979, Sandra married Chad Evans in Decorah, Iowa. They continued to reside in Decorah until her passing.

Sandra spent her career as an elementary school teacher. Her first year was in the Lansing School District in Lansing, Iowa, and the remainder of her career until her retirement in 2009 was spent in the Wykoff School District in Wykoff, Minn., and later Kingsland School District in Spring Valley, Minn. She was passionate about helping students learn and grow. To this day she is still remembered by many of her students as their favorite teacher.

Sandra enjoyed sailing, gardening and crafting of all kinds. She was a devoted pet owner and loved spending time with her grandchildren.

Sandra is survived by her husband Chad Evans, her son Trevor Gossman and his wife Madeline Montanez, her daughter Shannon (Gossman) Duncan and her two grandchildren, Sierra Duncan and Aria Duncan.

Sandra was preceded in death by her parents, Elmer and Eleanor (Tieskotter) Slifka and her first husband, Charles Gossman.