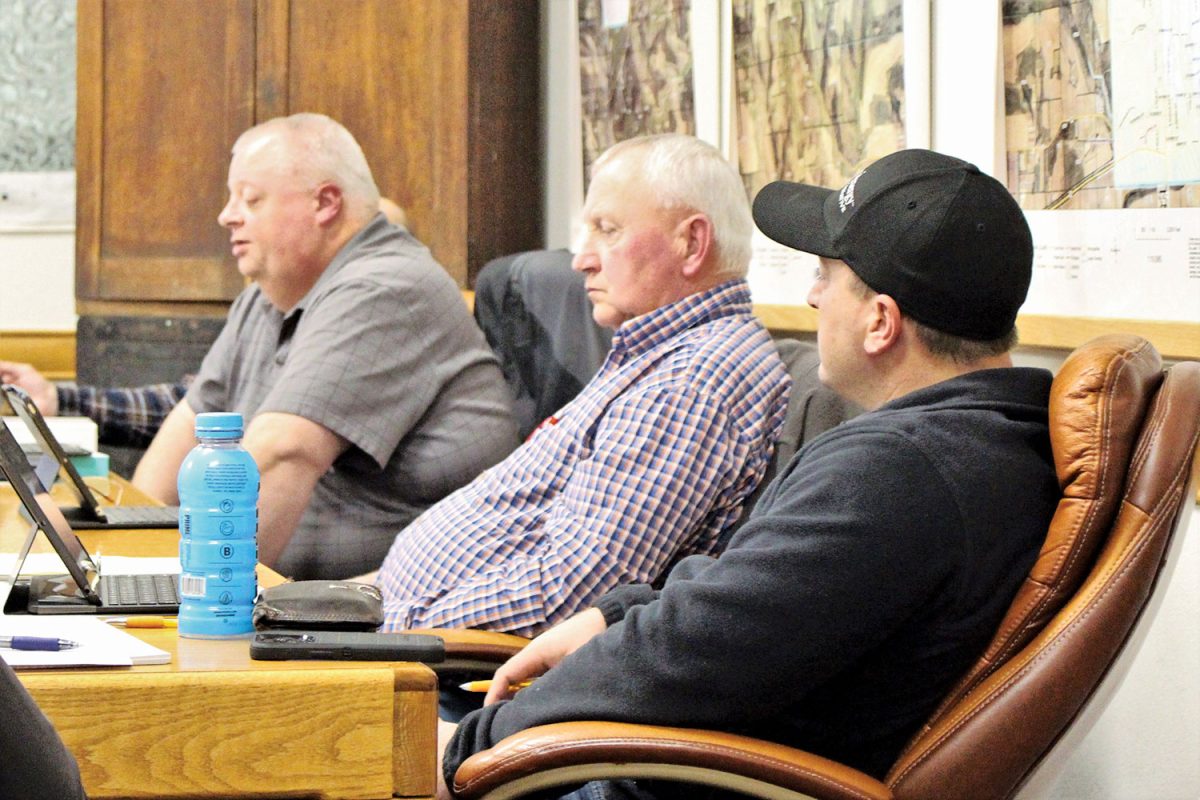 On January 17, the Rushford Village council held its annual meeting to review appointments, designations, contracts, and fees. Much of these remain the same as in 2022.

Zoning and permit fees will see no change this year. The entity was within a $1,000 difference in revenue versus expenses. Resident Jesse McNamer was approved to serve on Planning & Zoning.

During the approval of financials, Councilors Hart and Ruberg asked several questions related to procedures for bookkeeping and some frustration with the accounting and investments.

Treasurer Graham noted the General Fund is $50,000 in the red with the payment of several notes. “We’ll work with the total balance on hand until we get more funds in June,” she added.

While the fund is negative, the total bank balance is positive, sitting at roughly $280,000. “The other funds will float the General Fund,” added Miner.

“But, from now to June we’re in the hole? What’s projected… is that enough there to cover it to June?” asked Ruberg.

“We’re sitting with the rest of the funds. We won’t be in the red at the bank,” reminded Graham. “The bank is looking at it all as one fund.”

“I have my own ideas on how to handle our finances,” said Hart. “I’d like to put all our CDs in another money market account that would draw additional interest.” The village can consolidate CDs, bringing the number from 40 to 10. They renew on February 1, but funds can be accessed whenever needed.

“The bank felt a money market account didn’t seem to fit the rules of our finance keeping,” said Graham.

In addition to the General Fund, the council discussed the Sewer Fund and Water Fund. The Sewer Fund is currently negative $6,000. However, that’s $1,300 less than a year ago, so the account is climbing back. The cost of pumps and maintenance needs caused the deficit.

“Rather than have a negative, why don’t we put funds in to balance the account? It looks like we are negative or need to raise rates, but we don’t really,” suggested Hart.

The village is already considerably higher than comparable municipalities in some areas of fees and usage. “I don’t feel it’s appropriate to raise the fees to the users.”

Staff compiles the financial reports the way Fillmore County requires, but Hart again suggested it may be pertinent for the council to see all details rather than a snapshot.

Public Works goals and priorities for the year include continued cleaning and inventory of the maintenance shop, maintenance shop upgrades, placing an information box outside, consideration of a new sign at the hall, finishing County Line Drive, and working with the Department of Natural Resources on the 20-foot stretch of Gilbertson Road.

DNR permitting on Gilbertson Road was started online by Chiglo but not completed. The creek is currently washing out the side of the road. It will eventually undermine the road if not addressed.

“It’s a big headache for what it needs to be. It’ll be what they allow to be done,” noted Ebner. “If it’s an active trout stream, the DNR can get involved with Trout Unlimited and do what’s been done in other areas. That’s what we need to find out before we put too much time and money into it.” The village will contact the DNR about the status of the road,  designations, and how to proceed.

In other news, the council approved ending the cell phone reimbursement for city employees, opting instead to purchase a cell phone assigned to Public Works. With one phone, with all data and history uploaded immediately to the cloud, there is a record of all information. In addition, the information in the cloud is accessible to all city employees at any time. The cost is $50 a month.

The council also approved the final Community Center Rental Agreement. With the revised application, which includes a hold harmless clause, renters of the hall need to provide 30 days’ notice with the application if they intend to serve alcohol. They’ll also need additional insurance from the League of Minnesota Cities. Applications already submitted for rental this year will not need to resubmit their applications unless they intend to serve alcohol at their event.

The next regularly scheduled council meeting is Tuesday, March 7, at 7 p.m. at the Village Hall. The public is encouraged to attend.