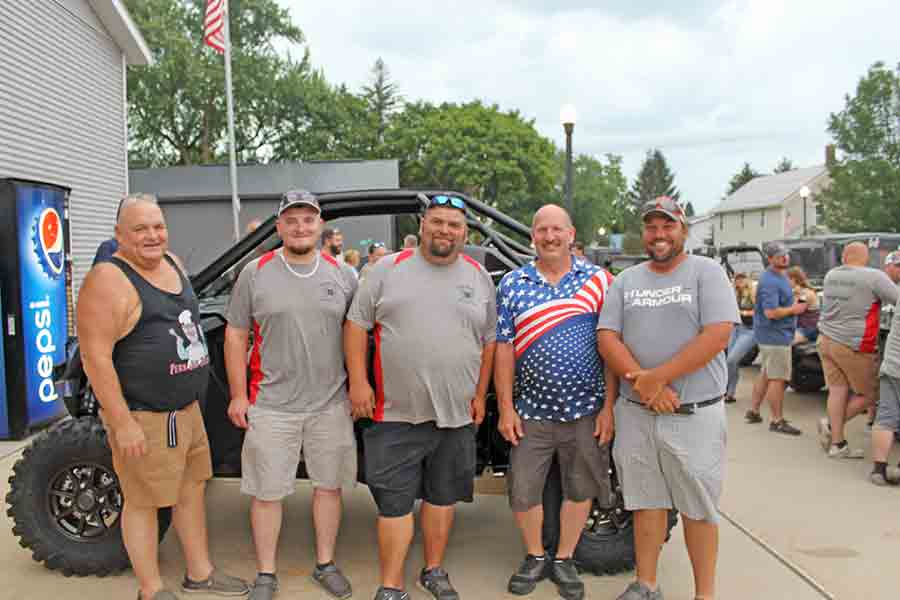 For anyone who loves riding in a side-by-side (a.k.a. RUV or recreational utility vehicles), this group of dirt road enthusiasts has taken their weekend rides to another level.

Back in June, they raised $95,800 for residents of Taopi, Minn., impacted by the EF-2 tornado that tore through the community on April 12, 2022.  Right after the tornado devastated the community, the Rock Road Bandits visited 14 residents of Taopi and presented each of them with $1,000 checks to help them out while they waited for insurance funds.

They raise funds for hot lunches for kids in schools.  They’ve been doing this for four years, and the organization has evolved into something pretty special.

As the fire chief of the Grand Meadow Fire Department, Warmka is a big supporter of other local fire departments.  Most recently, the group organized a fundraiser to support local fire departments.  On Saturday, July 23, 2022, the Rock Road Bandits coordinated a route with destinations set for fire departments in Wykoff, Fountain, Chatfield and Stewartville.  There were approximately 64 side-by-side units with roughly 120 and 150 riders participating in the event.  The group picked up more side-by-side participants along the way at each fire station.  They did encounter the unwelcomed storm that hit the region with 70 mph winds and powerful surges of rain mid-afternoon.  Fortunately, they were able to stop by the Swenson family farm between Fountain and Chatfield, and take shelter from the storm.

In total, the fundraiser grossed $51,602 in funds.  After expenses are paid, the four hosting fire departments will each receive 5% of all proceeds as a donation.

And, while the group is raising funds through live and silent auctions, they also spend money at restaurants and other establishments along the route.

For side-by-side enthusiasts interested in joining the Rock Road Bandits on their next fundraising ride, contact Travis Warmka at (507) 754-4500.