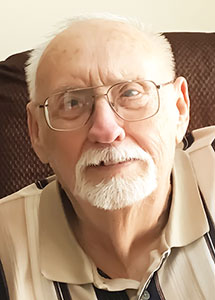 Robert E. Pierce was born March 14, 1938, at his grandparents’ home in Canton, Minn. He played basketball and football in school and graduated Salutatorian of his class in 1956. He then worked at his family’s business in Canton and also at Fillmore County Nursery. He then spent two years in the Army. He went to work for IBM in 1965 and spent 27 years there.

On February 12, 1966, he married the love of his life, Patricia Hammes, and they spent 54 wonderful years together.

Bob was an avid golfer and was a member of the Root River Country Club for 43 years. He also loved fishing and spent 20 years fishing out of Zippel Bay Resort on Lake of the Woods. More than anything else, though, Bob loved spending time with his family. He will be deeply missed.

He was preceded in death by his parents and sister Phyllis.

Funeral Mass for Bob will be held at 10 a.m. on Saturday, September 12, 2020, at St. Ignatius Catholic Church in Spring Valley, Minn., with Father Marreddy Pothireddy officiating. Burial will follow at St. Ignatius Catholic Cemetery. Visitation will be held on Friday, September 11 from 5-7 p.m. at Hindt Funeral Home in Spring Valley and will continue for one hour prior to the service at the church on Saturday.

Due to COVID-19 restrictions, social distancing will be practiced and masks are required.