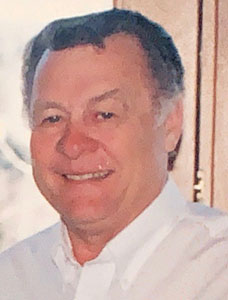 Memorial services for Robert Long will be held at 1 p.m. on Saturday, June 22, 2019, at Hindt Funeral Home in Spring Valley. Following the service there will be a celebration of life at the VFW Hall.

Robert Eugene Long was born December 23, 1937, to Thurston and Irene (Rowe) Long. He attended school in the Wykoff area. He was united in marriage to Kay Gartner on August 31, 1956, in Providence, R.I. Together they had a son, Curt, and a daughter, Joy. Robert entered the Navy for four years from 1956-1960. He worked in Blooming Prairie, Minn., as a cable splicer for a telephone company, worked for Hormel for nine years, and then later started his trucking career. Robert started his own trucking firm, R.E.L. Trucking, in Cumberland. His passion was driving and buying trucks.