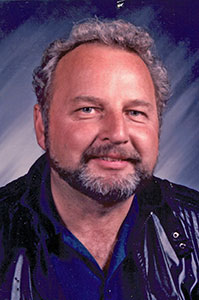 Richard “Pete” Neil Peterson, 78, of Mabel, passed away peacefully while surrounded by family at his home on January 11, after a four-year battle with Alzheimer’s.

Pete was born on June 14, 1942, to Edwin and Verna (Redwing) Peterson; the second child, and oldest son, of six children.  He was raised in and around the Mabel area, and attended Mabel High School.

Growing up, Pete was an active member in Boy Scouts, and gained a strong work ethic at an early age.  He especially enjoyed building go-karts and working on automobiles.

After high school, Pete worked as a mechanic for Trygstad’s Standard Station, and Redwing Brothers Chevrolet which was later Amdahl Chevrolet, before opening up his own automotive service shop.  Later, he accepted a position as the Mabel-Canton High School bus maintenance technician, and finally worked as the school’s transportation director until his retirement.

Pete married Ilene Torgerud on June 10, 1961.  From this union, three sons were born: Randy, Scott, and Terry.  Pete and Ilene raised the family on their small hobby farm just outside of Mabel; dabbling in cattle and hogs, along with the occasional pony or chicken.  Pete enjoyed fishing, vacationing in the western states, building go-karts for the grandchildren, and attending their ball games.

He was preceded in death by his parents, and an older sister and her husband Carol and Gordon Betz.

A private memorial service will be scheduled for a later date.  The Mengis Funeral Home in Mabel is assisting with arrangements.