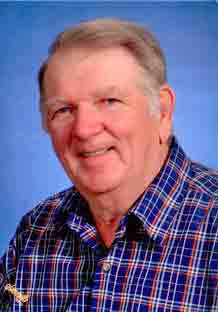 He was born March 10, 1942, to Orel and Esther Felland and was raised in the Granger area.  He went to grade school in Granger and then to Harmony High School, where he played on the championship football team and was a member of the homecoming royalty. Richard graduated in 1959 and went to work for Cresco Masonry in 1961. He worked there until he was drafted into the Army in 1964-65 and served in the infantry. After his discharge in December 1965, he returned to work for Cresco Masonry. In 1975 he farmed full-time and raised hogs. He quit farming in 1982 and went to work for Bristol Township, mowing roadsides and cutting brush. When Lyle Griffin got sick in 1994, Richard took over running the patrol. He enjoyed plowing snow and worked until he was 75, then retired.

Richard wrote his own obituary and wanted it published with no changes, which likely doesn’t surprise those who knew him well. The family was agreeable. After all, everyone should have the last word about their own life.

With winter weather and the potential hazards of COVID, the family is delaying a Celebration of Life until spring. A notice of the date and location will be published.

Richard requested that any memorials in his name be given to St. Matthew’s Lutheran Church Cemetery Fund in care of Allan Mandelko, 22995 Cty. Rd. 20, Preston, Minn. 55965. He also wanted us to be sure to thank all of the friends, relatives, and neighbors who were so helpful to him with cards, daily visits and phone calls, food, trips to the doctors, lawn mowing, farm maintenance, enjoyable afternoon rides, and good conversations. You helped make Richard’s final months as satisfying as possible.

Special thanks to the St. Croix Valley Hospice group for their excellent, compassionate care during Richard’s illness. Also, we thank the staff of the Harmony Care Center for their skilled, attentive care of Richard in his final weeks.