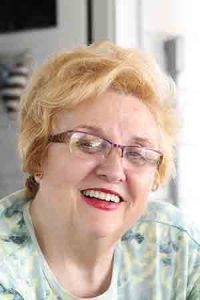 Renata Delores Johnson was born on May 22, 1934, in La Crosse, Wis., to Ness and Hildegard (Krueger) Johnson. She was raised in Money Creek and graduated from Houston High School in Houston, Minn. She attended Luther College in Decorah, Iowa, and then transferred to the University of Wisconsin – La Crosse, where she received a teaching degree. She later received a bachelor’s degree in elementary education from Winona State University. Renata taught fifth and sixth grades in Rushford, Minn., for 38 years. She was a caring, dedicated teacher who lovingly guided and patiently developed her students’ skills and self-confidence. In 1956, Renata was united in marriage with Don Maynard Peterson at the Little Brown Church in Iowa. Renata and Don’s son, Michael Don was born a year after they were married. The couple had lived in Rushford for all of their married life since then. Renata and Don were motorcycle enthusiasts and were members of the 40 and older motorcycle club known as The Retreads. Renata’s family was the centerpiece of her life. She loved to spend time with her grandchildren, great-grandchildren and great-great-grandchildren.

She was preceded in death by her parents, husband, and brother Harold.

There will be a funeral service for Renata at 12 p.m. on Saturday, September 17, 2022, at St. Mark Lutheran Church in Rushford, Minn. Visitation will be from 10 a.m. until the time of the service at the church. Burial will be at the Money Creek Cemetery in Money Creek, Minn.

Please leave a memory of Renata and sign her online guestbook at www.hofffuneral.com.