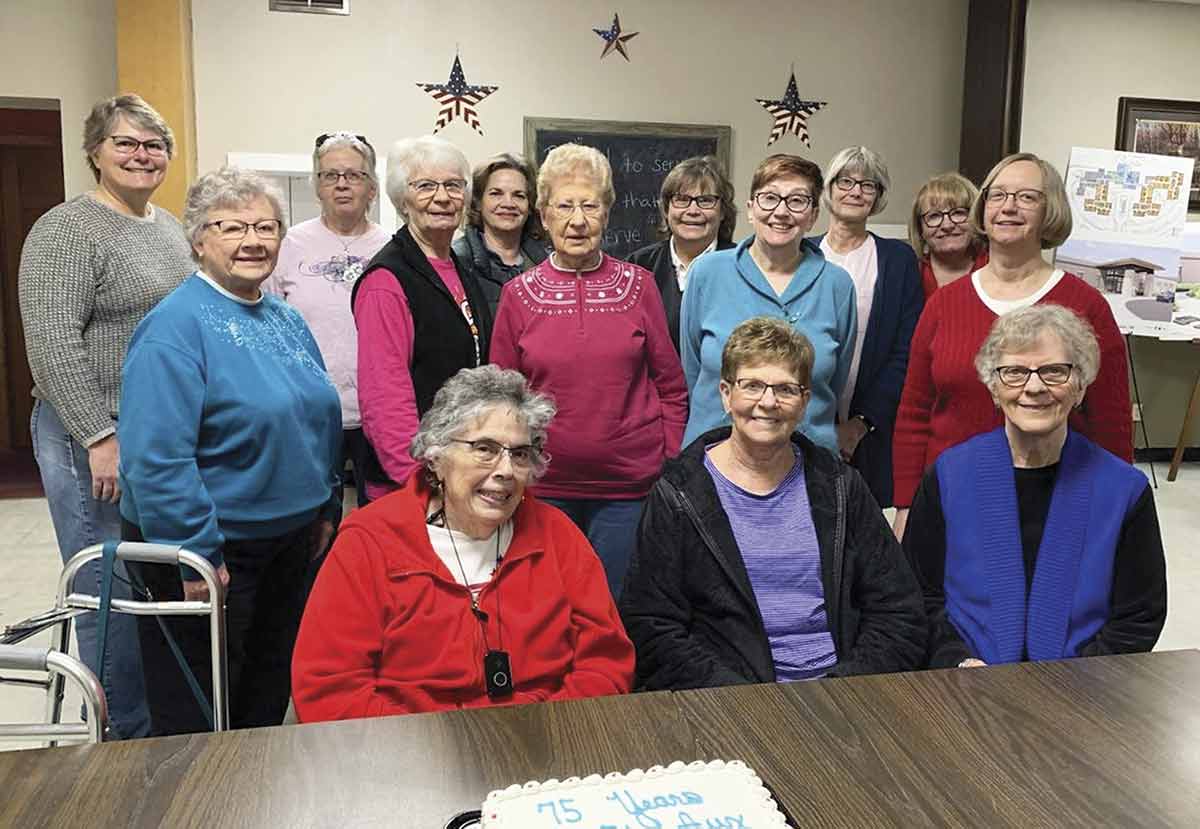 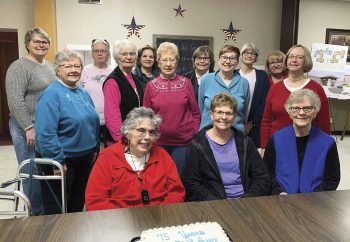 Following the business meeting, members celebrated the auxiliary’s 75th anniversary with cake and coffee.  The auxiliary’s charter was issued on April 30, 1947, with 17 charter members.  An additional 36 members joined that first year.  Some of the first officers included President Florence Foss, Secretary Lily Hopp, and Conductress Doris Olson.  In the beginning, meetings were held twice a month:  one for business purposes and the other for socializing.  Meetings were first held in the town hall but were later moved to the basement of the Victory Café. Meetings are now held at the Preston Servicemen’s Club.