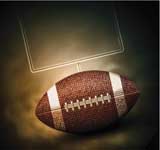 Usually, the phrase points-off-turnovers is used in basketball.  Chatfield (3-1) football took out Triton (3-1) as a result of turnovers directly leading to points.  Triton turned the ball over three straight possessions in the second quarter, at one point running just two offensive plays but racking up three miscues (interception on first play of a possession, fumble on a kick-off return, interception of first play of next possession).  The Gophers turned all into points, as Sam Backer authored second quarter TD runs of one, three, and five-yards to give Chatfield a 20-0 halftime lead.  After another Cobra turnover, Reid Johnson hit Corey Ericson on a 32-yard TD strike, making it 27-0 early in the second.  Triton scored just once, on a 92-yard Jaxon Sackett TD run in the third quarter, which doubled as the Cobras first first down of the game.  Jeff Johnson’s Gophers (4-1) regrouped after the loss to Caledonia, beating Triton 27-8.  Backer (30-119, 3 TDs rushing, 3-52 receiving, defensive interception) carried the big load.  The sophomore has topped 100 yards in all five games, amassing 760 rushing yards and 10 total TDs.  Johnson (10-20, 134 yards, TD passing) and Ericson (4-59, TD receiving, defensive interception) were a good connection.  Austin Koenigs had a pair of sacks.  Triton tallied 92 of its 178 total yards on the one TD run.