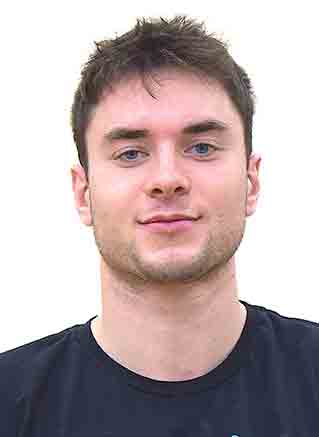 Chris Pieper repeated as the conference high jump champion, clearing a personal-record 6-feet, 5-inches for Caledonia/Spring Grove at the May 14 Three Rivers Conference Track & Field Meet at Dover-Eyota. His previous best effort was the 6-feet, 4-inches while winning the TRC title last year. Pieper has won the high jump at all six meets he has entered in 2022. The versatile senior also took fifth place with a discus throw of 116 feet and also ran on the eighth-place 4×400-meter relay. The top nine places in each event earned team points.

Freshman Fischer Wait and junior Eric Mauss finished third and fourth, respectively, in the 200-meter dash and fifth and sixth in the 100-meter event. Mauss also ran a leg on the third-place 4×100-meter relay along with Reid Bjerke, Hunter Holland and Josh Beardmore. They posted their best time of the year at 45.15 seconds.

Chatfield won the girls team championship while the Rushford-Peterson/Houston boys edged out Plainview-Elgin-Millville and St. Charles. 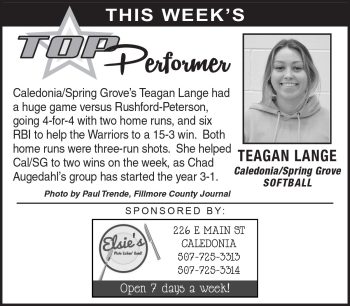