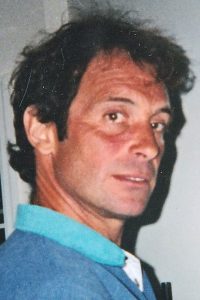 He was born the third of 12 children on July 30, 1954, in Port Washington, Wis. He was the son of Albert and Mildred (Demerath) Weiss. They moved to Juneau, Wis. and farmed there. Phil graduated high school at Dodgeland High in Juneau, Wis., in 1973. He always wanted to farm like his father, but his parents told him to go on to school for something in case farming didn’t happen. Phil went on to get his associate’s degree as a certified agricultural mechanic at Moraine Park Technical Institute in Beaver Dam, Wis., and graduated in 1975.

Phil met Barbara N. Garzynski at a friend’s wedding. Phil, 19, and Barb, 16, knew it would be forever. In November of 1978, they started their farm in Markesan, Wis., with their three sons: Jacob, Jason and Jonathan. The family grew with five grandchildren: Moriah, Joshua, Makayla, Jeremiah and Jude. They expanded their farm with Jacob and Michelle and became an LLC in 2000. With the desire to expand, they moved to LeRoy, Minn., in May of 2006.

Phil often said he never worked a day in his life because he enjoyed farming. With Phil’s passing, his hope is that the farm will continue, but knowing the dairy industry, it may be hard to survive.

He was preceded in death by his son Jonathan and his parents.

Online condolences may be left at Hindtfuneralhomes.com