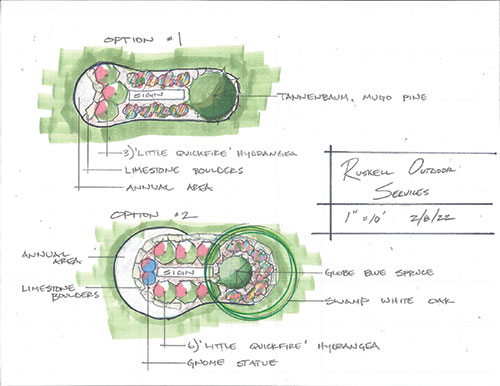 An opportunity for significant refinance savings could have a big impact on Peterson’s budget. The city council was made aware of the opportunity at the February 9 meeting courtesy of financial consultant, Mike Bubany, of David Drown Associates.

“When we issued bonds for County 25, we promised not to prepay or refinance before a certain date. It had a call date of February 1 and can now be refinanced or paid off. It’s a good candidate to consider for refinancing,” stated Bubany. He further advised a direct bank placement through Minnesota Rural Water.

Clarifying further, he added that through Minnesota Rural Water, it provides an opportunity for municipalities to reach out to certain banks without the involvement of a broker. Beyond those parameters, cities would need to both involve a broker and be subject to added governmental regulation. Clerk Chris Grindland, under Bubaby’s advisement, reached out to banks to survey the options.

The city received two proposals. What’s odd is that Bubany was eyeing a 2.3% rate, and was told by an investment banker that the goal was too aggressive. However, the rate on both proposals is significantly below that rate goal.  Rushford State Bank offered a 2.125% fixed rate bond with no prepayment options, while F&M Bank offered a 2.05% rate, but with a seven year call date.

Bubany noted being fairly astonished at the proposal from Rushford State Bank noting the lack of prepayment call date offers complete flexibility. “It’s pretty unheard of. You’re not going to get better than that,” he said. While the flexibility for early payoff and refinancing isn’t included in the F&M proposal, Bubany noted it was equally good offering $2,600 more in savings over the term though the lower interest rate. “In dollars and cents it’s basically a wash. I’m not going to advise which is better. It’s savings versus total flexibility,” he added. “With both deals, you’ll save approximately $60,000 over the life of the deal.”

The rates are locked in, allowing the city to give the required 30-days notice to the current bond holder. Bubany noted the city could wait, but that rates could be different in a month with the Federal Reserve already announcing they’ll raise rates. It was also clarified that the refinanced bond would be designed with budget uniformity in mind and that the likelihood of refinancing the bond again are low. The council easily reached a verbal consensus to move forward with the Rushford State Bank proposal. The council will need to approve it formally at next month’s meeting.

In other news, the council will also be looking to make a decision on new city brochures. Concilor Gail Boyum stated that several businesses have updated information or offerings and one business, Chuck’s Feed & Grain, is no longer in operation. The plan is to use the same colors and design, but just update the information and for 5,000 brochures to be printed. Boyum noted the brochures go all over state to visitor’s bureaus, including in all 10 Root River Trail Towns and at state border visitor’s centers. The cost of printing will be discussed further next month.

The designs are of similar nature, but they were on opposite spectrums of cost. The goals for both are to highlight with color, use of native planting material where possible, and include annual seasonal options. Option one includes some limestone boulders, from Biesanz Stone of Winona, and a selection of one pine, three shrubs, and a dozen perennials, and is estimated at $3,543. Option two is substantially bigger with limestone boulders used to create an edging line on the slope, one oak, one spruce, six shrubs, and 15 perennials. The estimated cost is $9,175. Both designs include rock mulch and premium landscape edging. It’s estimated that installation would take one to three days, depending on the weather.

Councilor Chris Stenzel noted he’d contacted the company who fabricated the new city sign on the Root River State Trail and another larger sign can be made for the city entrance off Highway 16. The welcome sign would be 10 feet by roughly five and a half feet, two-sided, with the same color and design scheme as the trail sign. With post and brackets for support, plus freight, the cost is $7,843. It would be installed with assistance from the Sentenced to Serve program.

Funding for both the sign and the landscaping are being determined. Friends of Peterson, a local fundraising group for the city, is working on financial sources and will meet to discuss the options.

Stenzel is also working on cleanup of the southwest area of Church Street, adjacent to the city campground. It’s owned by the Department of Natural Resouces (DNR) and the city is aiming to clean it up as usable green space for the park. Originally, there was discussion of converting some of it to added parking, but the department is not in favor of this idea due to risk on the corner. Within a few weeks, Stenzel hopes to have more clarification from the DNR.

The next regularly scheduled council meeting is Wednesday, March 9, at 6 p.m., at city hall. It is open to the public.