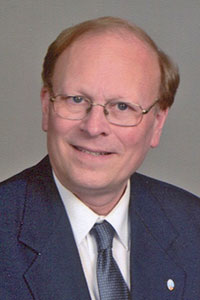 As we come to Holy Week, I share a poem by one of the great English poets, John Donne, who is commemorated in the Lutheran and Anglican churches on March 31, the day of his death in 1631.

Born in London, January 22, 1572, Donne grew up Roman Catholic, but converted to the Church of England.  He had a varied career as a courtier, scholar, soldier, Parliamentarian, and bon vivant, but eventually was ordained a deacon, then priest in 1615, then became Dean of St. Paul’s Cathedral in London, where he was a noted preacher, from 1621 until his death.

Like his career, his poetry varied from sonnets to satires, sensuous love odes to profound religious musings.  This poem, one of 19 “Holy Sonnets” published posthumously in 1633, reflects his paradoxical thought regarding human domination by sin and the necessity for God’s freeing action of “divorcing” us from evil and making us “captive” to divine love.  May it enrich your Lenten meditation:

As yet but knock, breathe, shine, and seek to mend;

That I may rise and stand, o’erthrow me, and bend

Your force to break, blow, burn, and make me new.

Labor to admit you, but oh,

Reason, your viceroy in me,

But is captived, and proves weak or untrue.

Yet dearly I love you, and would be loved fain,

But am betrothed unto your enemy;

Divorce me, untie or break that knot again,

Take me to you, imprison me, for I,

Except you enthrall me, never shall be free,

Nor ever chaste, except you