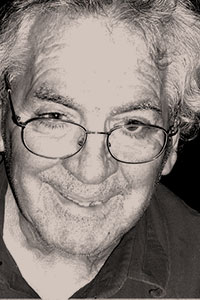 Owen Mathieu Carlson, age 81, died peacefully in his wife’s arms on September 8, 2021. He was a Cold War veteran and proud recipient of the 1035th USAF Field Activities Group Outstanding Unit Award. He graduated from Dunwoody Institute in 1966 and worked in civil engineering for 30 years. The effects of multiple sclerosis caused him to retire early, and he spent much of the next 20 years walking his beloved dog Fritz, through his St. Louis Park neighborhood and through the woods and meadows of his property near Preston, Minn., that he loved so much.

Owen was preceded in death by his parents Roy and Josephine “Jo” Carlson of Madison, Minn., and his sister Carol Jolene Burch.

He is survived by his wife of 42 years, Sheryl Fried; his brother and sister-in-law Ken and Mary Lea Carlson of Kerrville, Tex.; his brother-in-law Leslie Burch of Ft. Collins, Colo.; and his nieces Mary, Margaret, and Catherine.