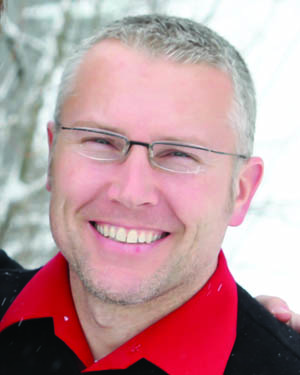 Please raise your hand if you are sick and tired of all of the political ads; especially the negative ones!

“If you can’t say something nice, then don’t say anything at all” apparently doesn’t apply to elections.

Back to back political commercials flood the morning TV news channels.  Our mailboxes are heaping with piles of direct mail that fill our recycling bins.  And, most of it is negative.  Mudslinging.

I am proud to say that the advertising campaigns in our newspaper have been more focused on promoting what the candidates stands for and their promises to their constituents — presenting their vision.  Maybe it’s because candidates realize the permanence of print, knowing they have to be careful with their message.  Broadcast ads are in one ear and out the other pretty quick, that’s why they have to keep beating you over the head with the same ad.  People hold onto newspapers for future reference and can easily share it with others.  I’m pretty sure none of our readers are recording political TV ads to replay for their friends and family, but I may be in the minority.

There has been a lot of money spent on the election, especially in Minnesota.

According to the Center for Responsive Politics presenting data from the Federal Election Commission, from January 1, 2017, to October 26, 2018, more than $46 million has been raised for political advertising by Democrats and Republicans to infect our brains for the 2018 mid-term election.

And, of that $46 million, Democrats raised $22.4 million while Republicans raised $17.6 million.  The remaining millions came in the form of soft money and PAC donations.

This is one state out of 50 states.  And, Minnesota ranks 22nd in the nation in political ad spending.

According to Borrell Associates, as of September 7, 2018, the estimated political ad spending would top out at $8.93 billion for this election.  California voters have been slammed with the most political ads, topping out at $1.76 billion, consuming nearly 20% of the total political ad spending in the United States.  The state of New York is in second place with $638.3 million, with Florida falling into third place with a mere $563 million.

So, as much as we may be annoyed with all of the political ads consuming our lives these days, we are only ranked 22nd out of 50 states on the U.S. political ad spending list.  I think that’s a list in which most of us would agree we’d like to finish in last place.

I guess what’s really disappointing to me is how much money is spent on (negative) political advertising that could actually do something good for our society.  I don’t mind a candidate sharing their views and promoting their ideology.  I just can’t stand all of the negative political advertising.  We don’t need further polarization.