OK, so all of a sudden, a few years ago, smartphone users started using gifs and memes. Not sure how it happened, but it was magic.

It showed up as an option, and we embraced it.

I have to say there are some pretty funny ones that seem to add to, or capture a moment better than a simple text message.

A lot of times, I feel like these things get off the ground with no explanation needed. 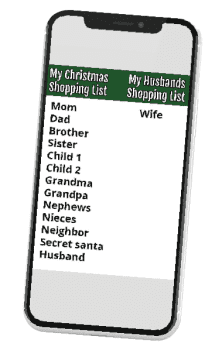 Since our teenage son has been calling me a “boomer” for a few years (even though I’m technically not old enough to make the boomer cut), I figured I’d look up the definition and origin of a meme. This is why he calls me a boomer. I even asked him if he knew the origin or meaning of the word “meme,” and he wasn’t too interested.

But, that’s OK. I’m guessing there are a few curious folks out there who might want to know.

Meme (noun): an image, video, piece of text, etc., typically humorous in nature, that is copied and spread rapidly by internet users, often with slight variations.

And what about the origin?  Meme was “coined by the British evolutionary biologist Richard Dawkins in his 1976 book ‘The Selfish Gene,’ from Greek mimēma ‘that which is imitated’, on the pattern of gene,” according to www.britannica.com. So, this word has been around since 1976. Huh.

So, this is probably life-changing information you needed to know.  I know I can sleep a little better now.

Here’s what I love about memes.  For the most part, they are true to life.

I recently received a meme from my wife about Christmas shopping, and it was spot-on. She always takes care of all of the Christmas gift shopping for our household, and pretty much everything else. I only have to worry about shopping for my wife. I have one job to do. I’m a lucky man.  She takes care of so many things at our house. When our kids open their Christmas gifts each year, I’m just as surprised as they are to find out what they received. I’m sure there are many husband-and-wife teams out there who can relate.

And, when I check my library of memes on my phone, I’m amazed at the number of choices. I’m not sure who spends their time coming up with gifs and memes, considering they don’t make any money, (I assume) but please keep doing it. To the meme designers of the world, you are making my text conversations so much more entertaining. You are making the world a more interesting place in your own special way… one meme at a time.