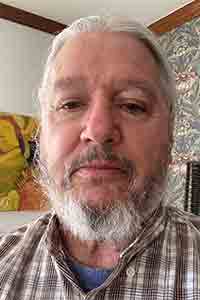 I recently finished reading a book by Lesley Blume titled “Fallout.” It’s a book about another book titled “Hiroshima” by John Hersy. Fallout describes the difficulty Hersey had in researching and then publishing “Hiroshima.” Hersey presents a graphic description of the detonation of the bomb that the U.S. called “Little Boy” above the city of Hiroshima at 8:15 a.m. on August 6, 1945, and the horrific aftermath of that event. The scene that unfolds is unimaginable. The horror has just begun on August 6. Some think the lucky ones were the people incernated on the spot, because to have survived was to live an unending nightmare.

So my point in bringing this up, is that we seem, as a  world, to be marching right back into the possibility of this happening again. What I find upsetting about this is that I didn’t know about the book. We weren’t all asked to read this book, even though when it was published it had worldwide impact. I wasn’t assigned this book in high school. What I do remember about those early school days, in the late ‘50s and through the ‘60s, is that every first Wednesday the air raid sirens would sound off at 1 p.m. sharp and we were instructed to put our heads under our desks to ward offthe effects of an incoming nuke, lobed at us by those dastardly commies. That type of thinking was so completely full of “it,” we could have fertilized every farm field in this county.

As the media, both left and right, continues to beat away on the drum of do more, President Biden, do more, come on, why not a “no fly zone,” why don’t we send more weapons? Come on, man we need to “get tough.” Oh yeah, and please can we just remember the poor women and children.

So in the midst of all this drumming, there’s almost no voice seeking a de-escalation, some was to end this carnage, if, infact, we really care about the suffering of the Ukrainian poeple. I’m truly not callous about the suffering of the women and children of Ukraine, of all the people of Ukraine. But does it really seem sane that the answer to that suffering is sending thousands more Stinger, Hellfire 2, and FGM-148 Javilin missles? And to be sure, the executives at Raytheon, General Dynamics, Lockheed Martin are giddy as school girls, telling investors (including many of our congress people) that now is an excellent time to buy their stock! On March 7 CNN reported that 17,000 anti-tank missles had been delivered to Ukraine in just six days. To put some perspective on that, the most current pricing I could find on those missles are: Stinger Missle – $119,320, Hellfire 2 – $150,000, FGM-148 Javelin – $175,203, and that’s for each one. I have no idea how many of which missles were sent, but I think you get the picture. Sent along with the anti-tank stuff, we also included 2,000 anti-aircraft missles. Again, not knowing which were sent, but from what information is available, those guys go from $1 million to $5 million each. That does not include the launch systems!!

The chance this gets in any publication is slim to none, but if it does, I can already hear the screams of “Putin Lover”!! But that is not true in the slightest. What I am is a WAR HATER. I was born in 1952 and my  country has been at war somewhere in this world pretty much nonstop all of my life. I’ve been told it’s simply been an effort to keep me safe. Sorry, it seems the safety has been the bottom line of the providers of the instruments of carnage. Without peace, welcome to the end.