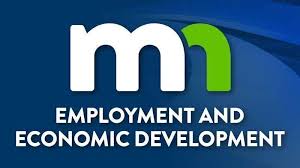 Minnesota’s seasonally adjusted unemployment rate dropped again in November, down to 4.4% from 4.6% in October, according to numbers released today by the Minnesota Department of Employment and Economic Development (DEED). This month, the unemployment rate decline in Minnesota was due to people moving into employment. November employment data were gathered before November 21, when in-person service at restaurants and bars was temporarily paused and fitness and entertainment centers were temporarily closed to slow the spread of the virus.

Minnesota lost jobs in November on a seasonally adjusted basis for the first time since April as virus cases surged, businesses anticipated restrictions, and winter weather hit earlier than usual. Nonfarm employment fell by 12,600 jobs or 0.5%, erasing all but 2,600 of the 15,200 jobs gained in October. The private sector lost 10,300 jobs, down 0.4% and Government lost 2,300 jobs, down 0.6%.

“We can see the light at the end of the tunnel, but many Minnesota workers and businesses still have several tough months ahead while vaccinations are distributed and the pandemic is brought under control,” said DEED Commissioner Steve Grove. “Bi-partisan support for relief targeted to suffering Minnesota small businesses and unemployed workers means help is on the way. This assistance serves as a bridge to hold people over until the arrival of additional federal funding, which remains essential for economic recovery over the coming months.”

Employment fell in November over the year in all Minnesota Metropolitan Statistical Areas.