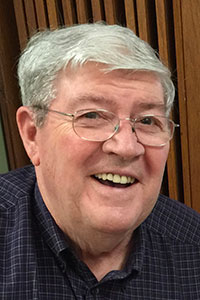 Merle Gustav Kiehne passed away Sunday, June 28, 2020, at Seasons Hospice House in Rochester, Minn., at the age of 85, two days shy of his 86th birthday. Merle was born June 30, 1934, near Canton, to Gustav and Lucille (Turner) Kiehne.  He was the eldest child and has two sisters, Marlys Livingood and Marcia Ramlo.

In 1952 he graduated from Canton High School, where he enjoyed participating in football, basketball, and baseball. On August 1, 1953, he married Delores Christopherson at the Elstad Lutheran Church near Lanesboro, Minn.

Merle was raised on a farm near Lanesboro, later joining his father as a farmer.  Merle focused on raising purebred Hampshire, Duroc and Yorkshire hogs. Among his innovations in hog farming was the design and installation in 1954 of a farrowing house with hot water running through the cement floor to keep piglets warm upon birth.  In 1964, he had the first certified meat sire in the Hampshire breed. He sold breeding stock to foreign producers for the advancement of their livestock. He showed and judged hogs throughout the United States, including 32 years at the Minnesota State Fair. He was a founder of the Fillmore County Pork Producers and its last surviving founding member. After concluding his career as a farmer, he was a Farm Bureau Insurance Agent, helping many of his neighbors with crop insurance and their other insurance needs for more than 27 years.

Merle and his wife Delores were faithful members of Henrytown Lutheran Church near Canton.  Merle served on the church council and as a church officer.

Merle and Delores enjoyed traveling to all 50 states, taking their RV on family vacations and wintering in Florida near their daughter.

They also enjoyed international travel to Europe and especially to St. Lucia to witness their granddaughter’s wedding.

Due to the pandemic, a family graveside service will be held, with Pastor Dean Aponte-Safe officiating.  Burial will be in the Henrytown Lutheran Cemetery near Canton.  In lieu of flowers, please consider a donation to Henrytown Lutheran Church or the Lymphoma Research Foundation.

Lindstrom Funeral Home in Harmony, Minn., is handling the arrangements.