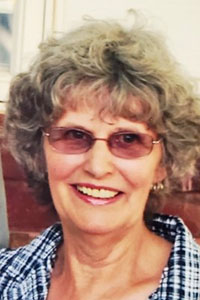 Marsha E. Meyers was born September 6, 1940, to Melvin and Fern (Halling) Meyers in Austin, Minn. She was baptized and confirmed at the LeRoy Lutheran Church, and attended and graduated from LeRoy High School in 1958. Marsha worked as a teller at the 1st National Bank in LeRoy for several years before her marriage.  On May 8, 1965, Marsha married Stephen Sorenson.  To this union, three children were born: Paula, Julie and Diane.  She was a “city girl” that moved to the farm, where she truly enjoyed being a farm wife.  She was a devoted mother, wife, grandmother, and great-grandmother who enjoyed nothing more than following and keeping up with their activities. She also enjoyed being able to travel with some of her grandchildren.  Marsha was an avid reader, she enjoyed birdwatching, and loved to garden and raise flowers. When Marsha was younger, she was a member of the neighborhood social club and has been an active member of the First Presbyterian Church in LeRoy since her marriage. Marsha served three terms on the LeRoy Ostrander School Board and was very proud that she was able to present each one of her daughters with their diplomas.

Marsha was preceded in death by her parents, a son-in-law, Charlie; two sisters, Patricia and Alice; and a brother, Kent.

Private family memorial services for Marsha will be held Wednesday February 24, 2021, at the First Presbyterian Church in LeRoy, with Rev. John Kerr officiating. Burial will take place in the LeRoy Cemetery.

There will be a Celebration of Life held at a later date.