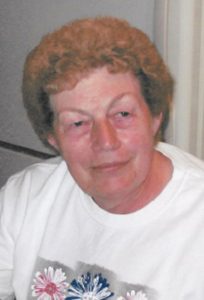 Marjorie Marie (Bushman) Cambern, 81, of Fountain, Minn., passed away peacefully with family at her side on Tuesday, May 24, 2022, at Mayo Clinic’s Methodist Hospital in Rochester, Minn.

Marjorie was born June 9, 1940, to John and Bonita (Finley) Bushman in Sumner Township near Stewartville, Minn. She was one of eight children. Marj attended high school in Chatfield, Minn., and graduated from Chatfield High School in 1958. Shortly after graduating high school, Marj married Daniel Cambern at Zion Lutheran Church in Stewartville on December 6, 1958. Dan and Marj were married for 60 wonderful years.

After their marriage, Dan and Marj’s family grew as they had four children: three sons including Daniel Dean, Randy, and Brian, and one daughter, Sheila. Marj had a strong and dedicated work ethic. For many years she was a homemaker and then provided daycare services. She later worked for the post office in Fountain for 24 years before retiring in 2005.

Throughout her life and in retirement, Marj spent her time doing many of her favorite pastimes including gardening and canning, cooking and baking, playing various card games, jigsaw puzzles, and cheering on the Minnesota Twins baseball team. Marjorie was a longtime member of the Fountain United Methodist Church and frequently volunteered her time and talents for church projects. In addition, spending time visiting with family and friends was of great importance to Marj. Marj also found joy in the time she spent with her three grandchildren, Miranda, Mitchell, and Marcus.

Marjorie is preceded in death by her loving husband Daniel Cambern, her parents John and Bonita (Finley) Bushman, and one brother Marvin ‘Doc’ Bushman.

Memorial services for Marjorie will be held on Wednesday, June 1 at 11 a.m. at the Preston United Methodist Church with Pastor Deanna Woodward officiating. A committal service will follow at the Carimona Cemetery in rural Preston. Visitation will be on Tuesday, May 31 from 5-8 p.m. at Riley Funeral Home in Chatfield as well as one hour prior to the memorial service on Wednesday.