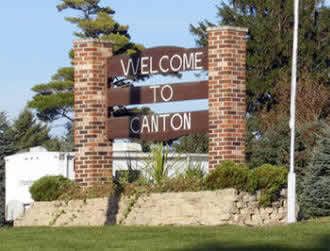 At the December 11 Canton City Council meeting, one of the main topics of discussion was the final 2020 budget/tax levy and then there were discussions on many topics.

Discussion surrounding Joel Torgerson’s property began the meeting. Recently in court, Torgerson said his property was cleaned up to comply with the city’s ordinance. Two council members took a walk around the property; both said that it looked like he took the items from the front yard and just moved them to behind the house. After a short talk about whether to go after him legally or not, the council decided to treat his case the same as others and pursue him on a legal scale.

Under New Business, Fire Chief Ryan Lange came in to discuss plans to apply for a FEMA grant. If the grant is accepted it will cover 95% of the cost of new turnout gear and other protective equipment. The fire department needs to replace 20 sets of gear which are outdated and don’t comply with the latest federal standards. The cost for these items adds up to about $145,000. With the grant covering 95% of the costs, the other 5% would be split equally between the city and the fire department’s relief fund. The council agreed on how important it was to not only keep the community safe, but also the firefighters themselves safe. Lange also brought tanker and pumper payments into discussion, asking if the city could make larger payments to pay off the loan faster.

The biggest discussion of the evening was the Final 2020 Budget/Tax Levy. This year there was a 7% increase in the levy compared to the previous year’s levy with a 7.5% increase. One of the biggest expenses were the streets, at a $30,000 increase for that portion of the budget.

Mayor Johnson proposed a personnel committee to the council. This committee will consist of two members who will keep track of and update the council on payrolls monthly, in an effort to take a positive step forward and keep the community up to date. Councilmembers Gossman and Ernst volunteered to be the two members of the committee.

The council decided to go with the League of Minnesota Cities for city employee bonding. Previously, the city clerk was the only one bonded (for $10,000 through CNA Surety).Now other city employees will also be bonded. The city voted for $250,000 coverage, at an annual premium of $300.

For the upcoming election, the city will stick with mail-in ballots for voting as it is the most cost-saving method at about $1.50 per ballot. There will be three elections for which the city will be sending out ballots in 2020.

ZZ  Tap and Pauly’s Canton Pub have paid application fees for liquor licenses. Both will have on-sale on Sundays and ZZ Tap will have off-sale.

Josh Hosting was billed for city sewer, even though he has his own septic system. The city will reimburse Hosting for the incorrect billing.

The council decided to take advantage of a grant opportunity through the Fillmore County Public Health. This grant would provide a Traffic Calming Sign, which detects the speed of cars. The cost of the sign would have been $3,000, but with the grant, the city would only pay $1,000. The sign would be placed on the south end of Main Street.

The City of Canton will be using SMG Web Design for a city website provider.

In the Public Works report, there was a reminder to keep up with removing snow from sidewalks in a reasonable amount of time. Sidewalks that do not get cleaned off in time will be billed.