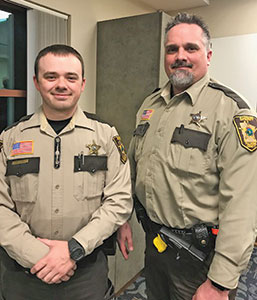 At recent meetings, the council has discussed required licensing of pets, and at this meeting there was discussion regarding the allowed number of pets in a household.  Wyffels said, “The state statute says two dogs. So we are in compliance with the state statute.”  Larson explained that Mabel limits a household to no more than “two pets” and she said that per the city’s ordinance, “Anything over that is (legally considered) a kennel, and kennels are not allowed.”

The council agreed that the current ordinance has been in place for many years, and that enforcement should be happening.  Larson shared her opinion that if any households have more than two pets and are expected to find another home for a pet or pets, “I think we’d have to give a reasonable amount of time for them to find a place.”

The council came to an agreement to allow citizens 90 days to come into compliance with this limit. Larson will send letters to households that have previously licensed pets, and public notice of the limit and upcoming enforcement will be made.  After the 90 days have passed, law enforcement will begin issuing citations when they find homes in violation of the ordinance. Sheriff’s Department Officer Jason Harmening said that officers will not be going door to door to count pets, and he hopes citizens will voluntarily comply with the limit. Harmening introduced Sam Judd to the council, and Judd explained he is newly hired by the sheriff’s department to help with law enforcement coverage for the city.

Larson asked the council to consider approving switching to direct deposit for payroll of everyone employed by the city.  She explained there would be an upfront cost of $995, and then an annual support cost of $195. But she said since Mabel currently issues about 470 payroll checks per year, this is a very minimal cost compared to the longterm savings of time and supplies. The council voted to approve switching direct deposit for all city payroll. Larson will make the changeover when all required paperwork is completed.

Citywide clean-up was set for May 9, 8 a.m. to noon, and will run much as in previous years. Council members stressed that this event is only for residents of Mabel. There will be fees charged for certain items, and Larson explained that the fee schedule is set not to make money, but simply to break even.  She said the benefit to citizens is that they do not have to drive to another city to dispose of their items.

In her report of the city’s Economic Development Authority (EDA), Wyffels said that Joe’s Pizza Palace and Pub is on track to open around the first of June.  Council members expressed best wishes for the new venture to succeed.

The council approved four zoning permit requests, from Mabel Lumber, Wynn Nies, Jason and Brooke Harmening, and Debra Keefe.  Larson informed the council that Richard’s Sanitation is implementing a modest price increase for garbage and recycling, effective March 1.  Small totes (32 gallon) will see an increase of 41 cents, medium totes (64 gallon) will increase by 45 cents, and large totes (96 gallon) will increase by 50 cents. For those who only have a recycling tote, the charge will increase by 10 cents. The council’s next regular meeting will be April 8, at 7 p.m. at the community center. The public is welcome.