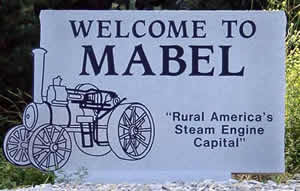 The Mabel-Canton School Board heard concerns from a resident during the public participation portion of its September meeting. Greg Turner addressed the board, stating that at its June 20 meeting, the board voted 5-1 to not renew the head boys basketball coach contract, but that employee (Doug Wyffels) had never been contacted regarding the cause for termination. Turner said, “You violated your own policy.”

Turner did not say which policy had been violated. According to a statement from former Superintendent Jennifer Backer after the June 20 meeting, she said, “Wyffels received a favorable evaluation from the administration, but he did not live up to the expectations as provided by the school board one year ago.” According to Turner, the employee was never told what those expectations were.

Turner had several other concerns:

• He suggested that the school board be trained on their own policies and parliamentary procedures.

• School board meeting minutes should be published in a timely manner on the district website.

• Visitors at school board meetings should be seated in a place where they can see and hear the meeting, not facing the backs of the school board members.

• The physical grounds of the school need to be addressed, i.e., bleachers from 1960s that are difficult to climb, weeds in baseball dugouts and fields not mowed.

Turner concluded by saying, “Our family will continue to support this school, but I’m concerned about the future of this district. I believe we need a new direction. I make a formal request asking for the immediate resignation of Board Chair Adkins.”

Board Chair Cristal Adkins thanked Turner. No further discussion or action was taken.

A special meeting was held prior to the regular meeting to interview two candidates for the school board position that was left vacated after the resignation of Jeff Rein. The candidates were Dustin Tollefsrud and Diane Wilder. Each were interviewed and given the same questions to answer. At the regular meeting, members agreed that both were outstanding and it was a difficult choice. A motion was made to appoint Diane Wilder and it was approved unanimously.

School Board Vice Chair, Bobbie Vickerman, submitted her letter of resignation. She is moving out of the district. It was suggested that Tollefsrud be considered for this vacancy, but it would have to be advertised. The board opening will be posted on the district’s website. Anyone interested in serving out Vickerman’s term should submit a letter of interest and resume to Principal Michelle Weidemann at mweidemann@mabelcanton.org or mail it to Mabel-Canton School District #238, 316 W. Fillmore St., Mabel. Minn. 55954.

Principal Weidemann said the start of the school year has be fairly smooth. The new bus company, Bernard Bus Services, is doing well. They are still looking for additional drivers. The new technology company, Marco Managed IT Services, has been installing anti-virus on computers and things are going okay. There is training to be done with staff and everything should be in place to go live this week. Homecoming is October 2-6 with coronation on Thursday, parade at 2 p.m. Friday and football game Friday night against Grand Meadow.

The new superintendent, Gary Kuphal, thanked the board and said he has enjoyed his first few weeks on the job. He has been impressed and said that the staff is amazing. He reported that there are 260 students in K-12 grades this year, and 37 early childhood preschool students. The budget was built on an estimated 249 students, so this is right in line since there is typically a slight decline throughout the year.

• With the resignation of Bobbie Vickerman, School Board Member Jason Marquardt was nominated and approved to serve as vice chair.

• Donations were accepted from Mabel and Newburg Methodist Churches for $200 for classroom supplies; Scheie Lutheran Church for $221 for student special needs fund, Scheie Rebecca Circle for $175 for school activities and field trips.

The next M-C School Board meeting will be held on Tuesday, October 17 in the school library at 7 p.m.