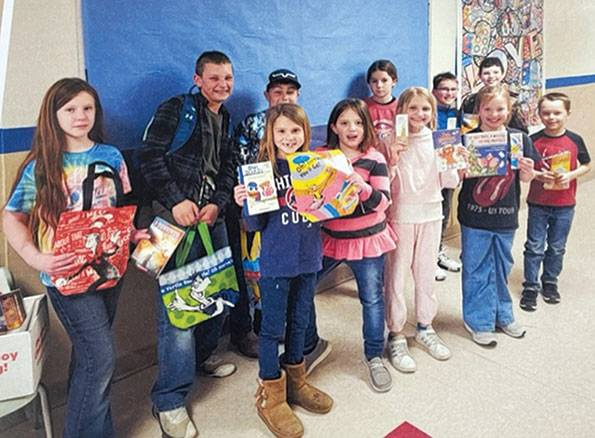 Kuphal gave an update on plans for the Mabel-Canton’s planned facilities upgrade project, which will occur this summer.  He summarized, “We’re basically saying, this end of the building is no longer a school for the summer.  It’ll be a construction zone, so it will be off-limits to everybody starting June 6.”  He also stated that because it will be necessary to temporarily move furniture, equipment and other “stuff” during the final week of school, “we’re thinking right now, for the last day and a half, we’ll have students help us move things around.”

The board discussed the possibility of adding a “Dean of Students” position.  Kuphal said, “I first thought of this idea because, as you’ll recall, next year I’m not going to be here halftime, I’m going to be here 40% of the time.  With me being reduced, on the days that I’m not here… Michelle is filling in… Maybe we need some more assistance because she’s going to take on more of my responsibilities.  So I think logically, that makes a lot of sense.”  Kuphal and Principal Wiedemann said they have considered some specific staff members that might be appropriate to step into the Dean of Students role, if the board choose to move forward with that.  No action was taken at this time.

Principal Wiedemann reported on several recent or upcoming happenings.  She said Fillmore County law enforcement officers had come to the school earlier in April and gave a presentation on internet safety.  Wiedemann also said the recent senior trip (to Washington D. C.) was a success, and all of the students seemed to have enjoyed it greatly.

Principal Wiedemann said on April 26, AAA Safe Driving Day will be held, including various simulators.  For third and fourth graders, a bike rodeo and bike safety information will be offered.  There will also be a field trip to ride bikes on the bike trail.

Second grade teacher Pam Rasmussen told the board about the Mystery reader program that she held in early March, as part of Dr. Suess Week.  Rasmussen said she applied for, and received, a $200 grant from the local Lions Club.  The funds were used to buy books, which resulted in every student from kindergarten through sixth grade being given a book.  She also explained that books were given as prizes to students who won in the Mystery reader contest.  Rasmussen said during the program, each day she had a secret staff member read aloud from a Dr. Suess book.  Students were then asked to identify the reader and the book.  She summarized, “It was kind of a cool thing, hopefully we can keep doing that.”  Chris Miller stated, “Thank you to the Lions, and thank you for doing that.”

Kuphal updated the board on the latest COVID trends.  He said the number of cases in the county is extremely small, and no surge is seen on the horizon locally.  The board gratefully acknowledged the recent donation of a portable PA system, from the Mabel Fire Department.