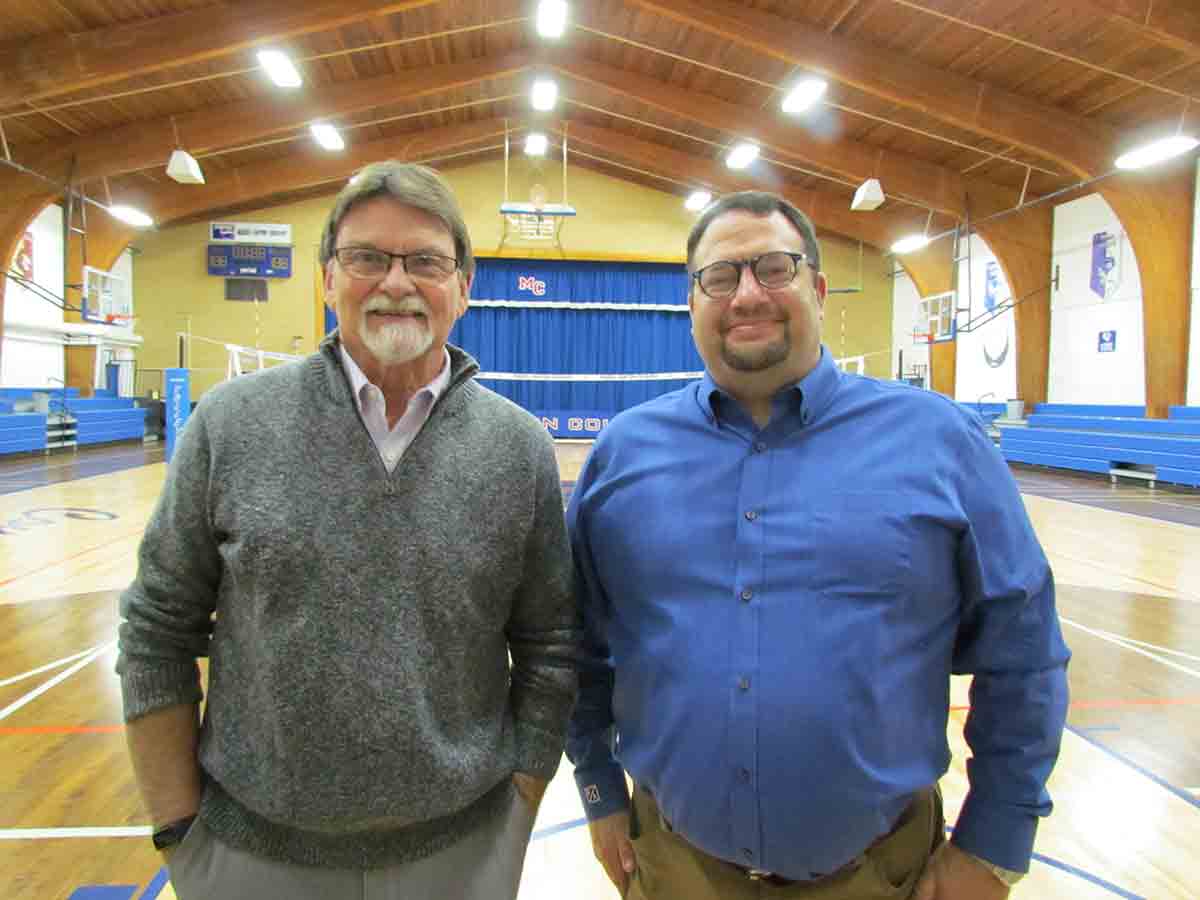 The sky may have been cloudy, but the mood at Mabel-Canton school Sunday afternoon, October 16, was upbeat as alumni, former staff, and community members stopped by to tour the recently renovated school.

Superintendent Gary Kuphal said, “When they walk in the door, they will feel a sense of pride.”

Kuphal explained that the Mabel-Canton school building for K-12 is one building with many additions. The school was built in 1914 and added onto in the ‘30s, ‘50s, and ‘90s. The district serves 300 students.

In 2020, the board started the process of renovating the school. Then, in November 2020, the public passed a $6.5 bond referendum for upgrades. Kuphal explained that the referendum received lots of community support and passed easily.

The project’s goal was to meet the students and district’s current and future needs. The two-year renovation took place during the summer of 2021 and 2022.

KA Project Manager Chad Pike described the process used to manage the renovation, which was anything short of amazing. First, he explained that KA was an extension of the staff and was working for the district, “We looked at the costs and needs of the district.” Then, decisions were made on what was best for the district.

Instead of having a general contractor submit a bid for the entire project, the school had individual businesses submit bids to get the best prices and allow area businesses to submit bids.

“We kept a crick in the floor,” described Pike. “The old bones are good,” noting that is history.

The school’s history was influential throughout the process and is evident as you walk down the main hallway. The class pictures from each year are hung back in their place for all to look at.

Pike shared an example of the approach the team (architects, KA, and the district) used to solve any challenges. For example, there was a drainage problem at the school. The group discussed ways to resolve it. It was decided that wood chips would not work because they would float away if there was an extensive rainstorm. What about rocks? No, the kids would throw them. So, they decided to go with the more expensive alternative, concrete.

Approaching the school, the bright blue signage and strips were immediately evident at the front entrance. The resurfacing of the parking lot was also apparent, as was the outdoor seating.

Walking in the front door, one’s eyes are immediately drawn to the new floor, the new bright blue stage curtains in the gymnasium, and the LED lights. Other improvements in the gym include new bleachers, an upgraded PA system, new scoreboards, and shot clock.

Roofs were replaced on the 1914 building, the elementary area, and the science area, and a new metal awning was added to the two entrances on the east side of the building.

The football field was outfitted with a PA system.

There is also a new concessions stand, completely remodeled restrooms, a new phone system, security cameras inside and outside, lighting, a sound system, and a new PA system.

Pike confidently shared that the improvements would last for years to come.