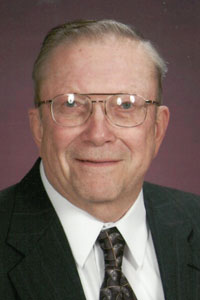 Lowell W. Onsgard, 85, of Houston, Minn., died on Wednesday, May 1, 2019, at Valley View Healthcare and Rehab in Houston. He was born February 16, 1934, in La Crosse, Wis., to Orrin and Winnie (Chapel) Onsgard. He was raised in Houston and graduated from Houston High School in 1952. He served in the U.S. Army. Lowell married Bernice Von Arx at St. Peter’s Catholic Church in Hokah, Minn., on May 28, 1960. Lowell was a member of St. Mary’s Catholic Church in Houston. He was an automotive mechanic all of his career in Houston.

Lowell is survived by his wife Bernice, three children: Eileen (Duane) Hegland and Barb (Ken) Swenson, both of Houston; and Mark Onsgard of Racine, Minn.; nine grandchildren and six great-grandchildren. He was preceded in death by his parents, brother Carlton, sister Dorothy McCormack, and nephew Owen Onsgard.

There will be a Memorial Mass for Lowell at 11 a.m. Wednesday, May 8, 2019, at St. Mary’s Catholic Church in Houston. Visitation will be Tuesday, May 7, from 5-7 p.m. at Hoff Funeral and Cremation Service in Houston, Minn., and one hour prior the Memorial Mass at the church on Wednesday. Burial will be in the Minnesota State Veterans Cemetery in Preston, Minn., at a later date. Memorials are suggested to the Houston Ambulance or Valley View Nursing Home Foundation. Please leave a memory, sign the online guestbook, and view Lowell’s video when it becomes available at www.hofffuneral.com.