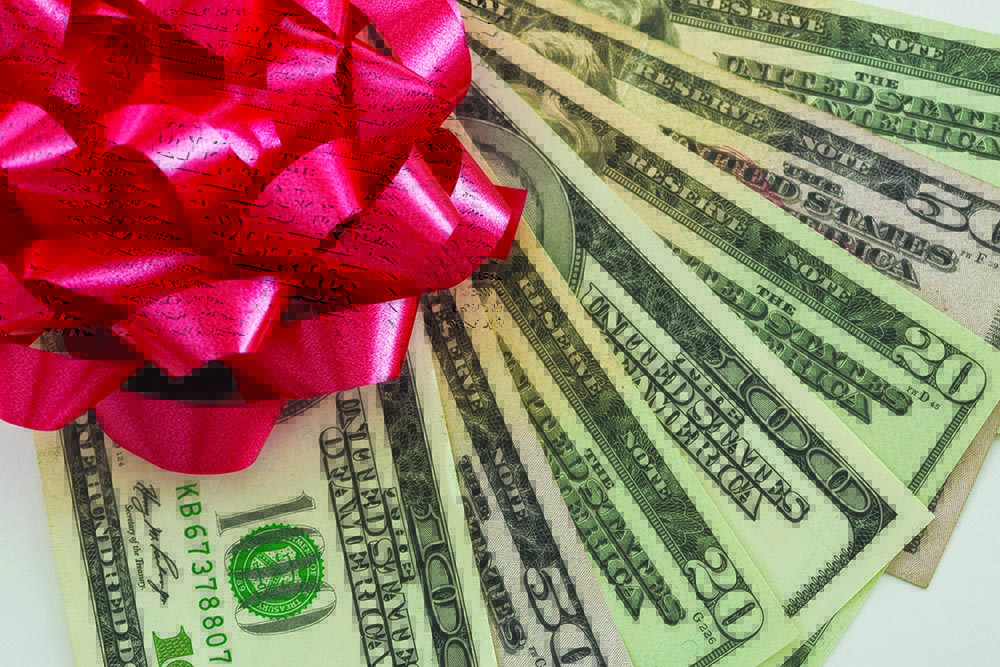 Right now, banks are required to submit currency transaction reports to the Internal Revenue Service if someone deposits or withdraws more than $10,000 in cash.  The Biden administration is proposing to require financial institutions to report any deposit or withdrawal of more than $600 to the IRS.

The 10-year spending plan has been a subject of debate in Congress as part of the $3.5 trillion Reconciliation Plan pushed by the Democrats.

F & M Community Bank CEO Dan Christianson explained how this IRS law change could impact consumer and commercial banking.  “This proposal would create a comprehensive financial account information reporting regime. Financial institutions would report data on financial accounts in an information return. The annual return will report gross inflows and outflows with a breakdown for physical cash, transactions with a foreign account, and transfers to and from another account with the same owner. This requirement would apply to all business and personal accounts from financial institutions, including bank, loan, and investment accounts, with the exception of accounts below a low de minimis gross flow threshold of $600 or fair market value of $600.”

Christianson’s bank along with other family-owned community banks in the region are concerned with the heavy burden the data reporting will place on their institutions along with the exposure of their clients’ personal information.  “Generally, it creates a huge burden on all banks — especially community banks.  And, it intrudes tremendously into the financial privacy of every bank customer.  If the IRS would just enforce the current tax laws and collect those taxes, it is estimated they could collect $600 billion in revenue annually — much more than this proposal is estimated to collect.”

According to Chuck Johnson, President and CEO of Root River State Bank and First State Bank of Fountain, he has had conversations with a few banking customers who indicated they would move their deposit accounts out of his banks to an off-shore financial institution if this bill were to pass, in order to avoid the intrusiveness.  Johnson is not in favor of this proposed tax law change.

At Rushford State Bank, Executive Vice President Terry Chiglo offered this thoughts.  “Banks already report a tremendous amount of data to the IRS through existing tax reporting (Forms 1099 and 1098). This new account flow reporting is unnecessary for tax compliance and would disproportionately target small businesses by increasing their tax preparation costs.  While all banks would be impacted, small community banks with limited internal resources will be especially burdened by this new requirement, which will require a massive and expensive compliance effort to track and report inflows and outflows on all bank products. Requiring banks to police the accounts of customers, especially when the benefits are unproven, is not an efficient or effective approach to closing the tax gap.”

Chiglo added, “I oppose any plan or program that compromises Americans’ rights to privacy and data security. The IRS has suffered multiple data breaches and experiences 1.4 billion cyberattacks annually. It is impractical for the government to launch a large-scale data collection program of Americans’ personal and sensitive financial data when the IRS does not have the bandwidth to effectively utilize or protect that data. This could potentially undermine trust in the banking system and increase our unbanked and underbanked population.”

President & CEO Chris Skaalen, First Southeast Bank, continued with the same concerns.  “Currently, over 400,000 contacts have been made by the general public in opposition to this proposal. So much so that the IRS and others are trying to scale it back to some other amount. As it stands right now it is not in the reconciliation bill, but could be added to it down the road or to another bill. Our associations are against even this new threshold as we believe it is an invasion of privacy of our customers. In addition, the federal government has not faired very well when it comes to keeping customer private information free from hackers. We believe attempts such as this will erode the confidence our customers have in their private dealings with their community bank. It could even go so far as customers choosing not to keep their funds in their banks or other financial institutions but rather dealing in cash or even cryptocurrencies.”

Skaalen explained, “We have been in contact with our elected officials, Senators Klobuchar and Smith and Congressman Hagedorn. To date, only Senator Smith has responded and appears to back the proposal. The proposal aims to raise tax dollars as a source to fund current tax and spending bills currently being discussed in Washington. Treasury and the IRS are supporting this Biden Administration proposal as a means to collect additional tax revenue. A current poll showed that over 67% of the public is opposed to Banks being mandated to turn over this information to the federal government without having to obtain any legal summons or subpoena. From our standpoint as Banks, we are concerned about the increased cost to collect all of this data as well as the security of the data once it has been transmitted to the IRS. This does not only affect personal accounts but ALL accounts including checking, savings, investment accounts, whether personal or business. For a small business it also has the potential to lead to a double taxation of profits from the business. This type of Big Brother legislation is an infringement on the basic right to financial privacy that all Americans currently hold dear.”

“Another potential drawback to this proposal is that intrusive account reporting would undermine the important policy goal of reducing the unbanked population and could drive more out of the current banking system. The same poll mentioned above found that 55% of respondents said their banking habits would change if they knew their transactions were being reported to the IRS,” concluded Skaalen.

The Biden Administration estimates the proposal would increase tax revenues by $500 billion or more over 10 years.

The Independent Community Bankers of America, an association of which most community banks belong, has pointed to several concerns.

•Mining of consumer financial information is intrusive and indiscriminate.

•Mining of consumer financial information undermines the goal of reducing the unbanked.

•The proposal will increase taxpayer complexity and confusion.

•Mining of consumer financial information would enlist community banks as agents of the IRS.

Minnesota’s Congressman Jim Hagedorn is adamantly opposed to this proposal.  “In September, House Democrats granted President Biden and Speaker Pelosi a blank check to ram through their $3.5 trillion spending spree. But behind the scenes, President Joe Biden is seeking broad new powers to weaponize the IRS. The president’s proposal would allow the IRS to monitor bank transactions. It is a major government overreach and violates the privacy of millions of Americans. The government should not snoop into honest citizen’s personal finances. Such a power will not be used against the rich but will ultimately be used against everyday Americans and small businesses. It’s just one of the many bad ideas proposed by the Biden Administration. I strongly oppose this bill and will vote no.”

On September 13, 2021, Hagedorn signed a letter sent to Nancy Pelosi, Richard Neal, Janet Yellen, and Charles P. Rettig, that was also endorsed by 141 other members of Congress, stating their opposition to this bill.  In this letter, they expressed their concern about the IRS data collection proposal to increase tax information reporting requirements on financial institutions.