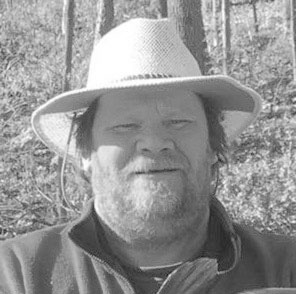 These local voices of the radical left have recently revealed the agenda of the National Socialist Democrat Party to the residents of Fillmore and Houston counties.

A holier-than-thou, born again hippie, draft dodging Trump hater offers us nothing but unkind words toward a President who is leading the nation to a greater future than any other President, one hand tied behind his back, literally. Keep America Great is his motto. He doesn’t make excuses for his life, we’re all sinners.

A not-in-my-backyard, tree-hugging environmentalist, hypocrite spews socialist and communist propaganda almost weekly. Just to be clear, the gas used to heat my home has been fracked; the driveway is made from materials mined locally and I don’t eat pork grown on trees from another state.

When illegal immigrants come, they fill undesirable jobs “nobody else wants to do.” (I can’t believe she even wrote that). Really! That’s the dumbest thing I’ve ever heard. Those are the only jobs they can get with no ID’s or fake documents.

The “new” ideas these “immigrants” bring aren’t new ideas at all; but old ideals of socialism and communism. Some come here with the idea that this country and its people (us) are somehow indebted to them. Some illegal immigrants come with ideas of gangs, violence and drug cartels.

Local radical left voices are too quick and too often to play the racist and white privilege cards. They would fill this country with illegal aliens with voting rights to “balance out the inertia of lazy, complacent, greedy people,” that’s what she’s saying. Except she means conservatives.

Local radical left voices wish to take away our first and second amendment rights, saying our conservative views shouldn’t be published! It’s not the first time we’ve read that statement with these opinions. They say only the government should be armed. “Most Americans” don’t agree at all with that one. I own plenty of guns for many uses and many reasons, being fearful isn’t one. Do any communist countries come to mind?

Soon all of our rights would be gone with these kooks in charge. Everyone would be living in the park and eating at a soup kitchen. The city council of Minneapolis would have the Department of Community Service and Violence Prevention. No police, lawlessness on every street corner in the city. Wow! We should be so lucky to have Donald Trump as President another term. Next, one of his sons or daughter could be elected. We should call it the Era of Trump. Right?!

As long as we’re throwing opinions around so lightly, I believe that my life is mine, I believe the life of any child belongs to itself, not the mother or father.  The parents are charged with caring for and supporting that child, by God!

PS: Good luck with Sleepy Joe, oh, I should call it what it is: Dementia Joe. I hope the Dems let him out soon, so that Trump debate him. That’ll be much needed entertainment. The Democrat primaries weren’t near long enough, buster.