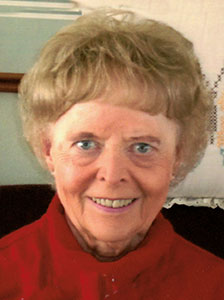 LaVaughn was born August 31, 1944, in Newburg Township, Fillmore County, Minn., to LaVerne and Mildred (Anderson) Johnson. A short time later the family moved to a farm near Tawney, Minn., where she went to country school taught by her grandma, and graduated from the Mabel High School class of 1962.  She attended training in Rochester, Minn., to be a hair stylist, and worked in Rochester where she met her first husband, Robert Johnson, and they had a son, Todd.  When Todd was three years old, Robert and Todd both drowned in an accident.

After the accident, she moved back to the family farm near Mabel to be with her parents.  In 1973 she married Paul D. Vitse and lived in Mabel.  LaVaughn and Paul enjoyed trips to most of the United States, and going to Northern Minnesota to visit friends and fish with Paul.  She enjoyed her church life at Scheie and liked very much to sing in their choir.  She always liked to dress nice with her nails, shoes, and hair to match.  LaVaughn liked and was a friend to everyone she ever met.

LaVaughn is survived by her husband Paul of 47 years, a brother, James (Barbara) Johnson of Eau Claire, Wis.; four aunts, and several nieces and nephews.

LaVaughn was preceded in death by her first husband Robert, her son Todd, and her parents LuVerne and Mildred.

Due to the current corona virus situation, visitation for LaVauhn’s family and close friends only will be 12:30-1:30 p.m., Thursday, March 26, at the Mengis Funeral Home in Mabel.  Graveside services will be 2 p.m. at the Scheie Lutheran Cemetery.  A memorial service will be held at a later date.