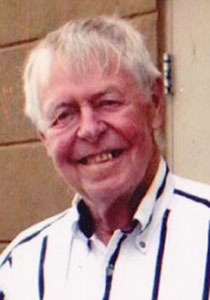 Larry Virgil Hovey was born March 4, 1941, in Harmony, Minn., the son of Virgil and Roelvine (TerBeest) Hovey. Larry graduated from Harmony High School in 1959.  On January 27, 1962, he married Janice Ramaker in Cherry Grove, Minn.  To this union, three children were born, Rochelle, Brian, and Jodi.  Larry and Janice later divorced.

Larry was self-employed and ran his business, Hovey Plumbing and Heating, for over 50 years.  For many of those years, his son Brian worked alongside him.  In his younger years, Larry enjoyed going horseback riding.  Larry loved Corvettes, had a love for speed, and was known for being a “rule-breaker.”  He was a huge Vikings fan and held season tickets for the Vikings since 1965.  For over 20 years, Larry played fast pitch softball and was quite talented in the game.  Larry also took pride in baking cookies for his grandchildren and was also always interested in attending his grandchildren’s sporting events.  He had a sweet tooth and loved Bakers Square and Dairy Queen.

Larry is preceded in death by his parents, his infant son, daughter-in-law Cheri Hovey, and brother-in-law Guy Soland.