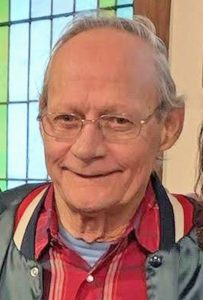 Larry was born on October 4, 1946, to Lester and Dorothy (Matson) Torgerson. He grew up in Harmony where he began working at a young age with the family paint and carpentry business, until being drafted during the Vietnam War in 1965. He served in the United States Army from 1965-1967. On December 14, 1968, Larry married Diane Kiehne. Together they had three children. They were later divorced

Along with his father and brothers, Larry helped run and operate the family business, Torgerson Paint and Floor Covering. He was a very skilled and well known floor covering installer throughout Fillmore and Houston counties. Larry was a member of the Harmony Fire Department and proudly served as commander of the American Legion Gustav Berg Post 81.

On July 15, 1989, Larry married Marge Frye. Together they enjoyed trips to the Black Hills, gardening and spending time with their grandchildren. Upon retiring from the flooring business in 2009, he enjoyed watching a good western, playing cards, rolling dice and going for golf cart rides.

Larry was preceded in death by his parents Lester and Dorothy, son LuVerne Torgerson and sister-in-law Barb Torgerson.

Memorial service for Larry will be held at 1 p.m., Thursday May 12, 2022, with visitation one hour prior to service at Greenfield Lutheran Church in Harmony. Burial will be at 3 p.m. at the Minnesota State Veterans Cemetery in Preston, Minn.