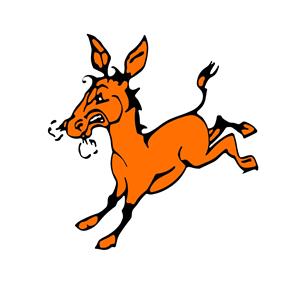 At the August 19 Lanesboro School Board meeting, Superintendent Matt Schultz updated the board on the district’s plans for the upcoming school year. School starts on September 7, but back-to-school conferences will be held on September 7 and 8 so the students’ first official day will be on September 9. Teachers who are in their first three years of teaching will start on August 30 and all other teachers will start on August 31. The fall sports season is currently underway.

In 2016, there were 333 students at Lanesboro and that number has been steadily growing since then. A total of 407 students have enrolled for the 2021-2022 school year so far, and Schultz noted that the school is still receiving calls from families who want to enroll their children this year.  Additional teacher positions have been added to cover the increased class sizes. “Is there a point where we would need to turn down open enrollment students?” Board member Steve Snyder asked. Schultz didn’t see that being an issue any time soon and assured him that the district will figure it out as it goes. The State of Minnesota requires schools to keep open enrollment open until the number of open enrolled students reaches a minimum of 1% of the entire student population. Lanesboro is currently at 35% so it could technically close open enrollment, but as long as the school is able to accommodate the numbers, it’s not a problem.

Superintendent Schultz recently attended a meeting with Fillmore County Public Health along with other area school superintendents to discuss COVID concerns with school starting. Lanesboro will recommend masks for students in grades 7-12 and strongly recommend them for K-6 students as they can’t be vaccinated. School staff will also be encouraged to wear masks, but masks won’t be mandated at school for anyone. As school buses fall under the federal law requiring masks on public transportation, all riders will have to wear masks. The quarantine guidelines will be the same as last year with positive tests requiring a 10-day quarantine. Close contacts will include anyone who has spent more than 15 minutes within six feet of the person who tested positive and classroom seating charts will be used to determine who falls into that guideline. If both parties were wearing masks, than the guidelines change to 15 minutes within three feet. Vaccinated people will not be considered close contacts regardless. “Anyone who is eligible age, I encourage them to get vaccinated,” Superintendent Schultz said. He also noted that the guidelines for school this year can change at any time depending on the COVID numbers. “We’ll address it as it comes,” he said. Board member Sarah Peterson asked about accommodations for students with hearing difficulties. When other people are wearing masks around them, it makes them hard to understand and impossible to read their lips. Schultz said that that would be a good conversation to have with high school principal Brett Clark. “We just need to do what we need to keep kids in school,” Snyder concluded. “That’s where they learn.”

The monthly revenues and expenditures were approved with $281,298.32 in revenues and $210,415.56 in expenditures. Construction bills in the amount of $29,972.00 were also approved. Snyder noted that with the current increased construction costs, the same project today would be almost double the cost.

The majority of the facilities project has been completed. The items that still need to be done are the PA system and clocks, installing the fence for the back playground, completing the landscaping for the hill area, and a few other minor things. Unfortunately, the classroom furniture ordered won’t arrive before schools starts, but should be there shortly after. “We’ll make do until it arrives,” Schultz said. The open house at the school last week went well. Peterson noted that a number of retirees in the community attended it and were happy to see the results of the project.

Board member Christine Troendle gave the HVED report. Spectrum, HVED’s autism program has been held at the Caledonia school for some time, but will need to move as Caledonia needs the space back.

As the city committee liaison, Peterson noted that the Lanesboro EDA wants to be sure that teens who are looking for jobs know what’s available in town. With the new housing development coming to Lanesboro, the school should be aware that the community will be growing which could impact the number of students.

The school’s annual Truth in Taxation meeting was scheduled for December 16, 2021, at 7 p.m. with the regular board meeting to immediately follow.

Two bids were received for the school’s milk provider. The board approved the lower bid from Polka Dot Dairy. A motion to approve the posting for bids for snow removal services was passed.

A donation of $1,000 to the scholarship fund was accepted with gratitude.

The student handbooks were approved with the acknowledgment that the attendance policy may need to change based on the school’s COVID response.

The district is still in need of school bus drivers. Superintendent Schultz noted that a big problem with finding drivers is how long and exhaustive the process is for obtaining a bus driver’s license. He has been working at a legislative level to find a solution for that.

The next Lanesboro School Board meeting will be held on September 16 at 7 p.m.