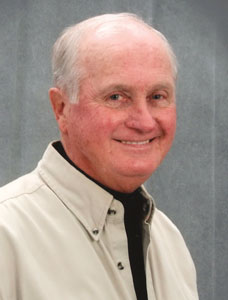 Ken was born to Richard “Dick” and Margaret (Hart) Irish on May 25, 1944, at St. Marys Hospital in Rochester. He attended John Marshall High School and went on to work at Touhy Furniture, Chatfield, and Doughboy Industries, Rochester. The company changed hands and names many times but throughout the years, Ken became a Turkey Sexer (determining whether the chicks were male or female). In 1987, Ken started his own taxidermy business and continued until he retired in 2017. Ken loved the outdoors and teaching his sons, grandchildren, and their friends how to hunt and fish.

He married Eleanor Asher on November 26, 1966. They have two sons, Dean (Shelley) Irish and Eric Irish; and four grandchildren: Mitchell, Brook, Brynn, and Brady, all of Chatfield. He loved them all fiercely.

Ken is survived by his wife, children, and grandchildren; three sisters: Sheila Irish of Marion, Sheryle Jacobson of Chatfield, and Carline (Gary) Dahley of Rochester; and many nieces and nephews.

He is preceded in death by his parents, sister Sandra Julian-Grell, and brother-in-law Jerry Jacobson.

A memorial service was held  Friday, August 16, 2019, at the River Park Chapel at Macken Funeral Home, with Rev. Lester Horntvedt officiating.  Interment was at the Chatfield Cemetery.