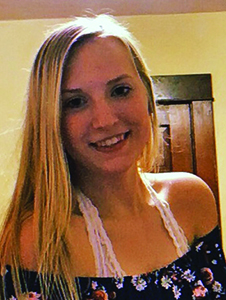 Should students only get noticed by a test score? In order for a student to get into most colleges they have to take the ACT test and get above a 25.   Some students are very smart and do very well in school, but struggle when it comes to tests.  Could there be an alternative to big tests that make up what college you get into?

Some students who get bad scores on tests may have to take the test multiple times until getting a good score, but that could cost quite a bit of money.  The ACT costs a minimum of $46 and taking that multiple times would add up very fast.  Colleges should select students equally by grades and the ACT.  If there is a person who has perfect grades but did terrible on the ACT, the college of choice should realize that this student is very intelligent but just struggles with testing.

Colleges should also offer selected classes that have fewer tests and maybe more homework.  There could be a student who doesn’t have very good grades and just guessed on the ACT and gets a high score; the college of choice would most likely accept them, just because of their ACT score.  Some students’ grades could drop just because they want to do well on the ACT test, students tend to get really stressed about the ACT test.

A student might have to change to a totally different career path because they didn’t get a high enough score on the ACT to get into the college they wanted.  The average score for the ACT test is a 20.8. So if the college the student was planning on attending, only accepts an ACT score of 24 or higher, then the student has to pay money to take the ACT test until they get the desired score.  That student might just give up on the career they wanted and choose a career that doesn’t interest them. Just in order to get a good score on the ACT a student might have to take the test over and over until they get the desired grade.

Colleges should start looking into more than a student’s testing ability.  Colleges should look at the grades of a student and make grades equal to the ACT or any similar tests. This would save students money from not taking the ACT test over and over until they get a desired score.  Students could then focus more on their school work and not extra studying outside of school. Students in high school deal with a lot of stress from school, sports, and other extracurricular activities.  Students should not have to be worrying about a test that basically chooses if you get into a big college or not.  If a student worries about the ACT too much, they might start studying for the ACT and not be keeping up on their school work.   School work should be a main key when getting accepted into a college because students have been in high school for 13 years, from kindergarten to seniors.   Being in high school for 13 years should count more for colleges than a test score.

Colleges should pick a student based on their academic abilities, not just their testing abilities.

Alison Freese is a student at Lanesboro High School. She is one of eight area students participating in the Journal Writing Project, now in its 21st year.