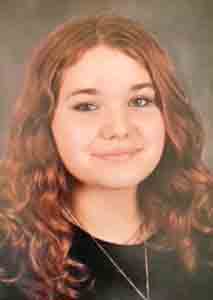 You may look at crystals and only see their beauty and shape. But what if I told you that there’s a lot more to crystals than their looks?

I started getting into crystals about two years ago. I had always been interested in “spiritual” stuff even when I was a kid. I heard about crystals and immediately felt the need to learn more. I began to research as many crystals as I could. I ended up writing two pages worth of information per crystal. The more I researched the more I learned about their properties and abilities. These crystals have back stories that can be connected to Greek mythology even!

Take amethyst as an example. Amethyst is believed to be linked back to a young maiden named Amethyst. It is said that Amethyst crossed paths with the furiated god Bacchus. Diana saw this and did the only thing she could to save her. Diana turned Amethyst into a beautiful clear crystal. Bacchus saw this and realized what he had done. He then took his wine and poured it over the crystal until it turned into a deep purple. This story is also why amethyst is believed to ward off intoxication. This crystal is believed to quiet the mind and calm the stresses of the day. Many people use this crystal to meditate and to soothe their thoughts. Amethyst is just one of the many crystals that I researched.

Carnelian is another crystal that I gathered information about. Carnelian was used a lot many many years ago because it was/is seen as a stone of action. Warriors used this crystal to help give them courage when they went into battle. Carnelian was used to show who ranked where when it came to high priests and builders in Egypt. Carnelians were also often used to decorate chest plates and to make unique jewelry. This stone is used by many people to build up courage they didn’t know they had and to help them improve their performance when it comes to even simple things like school speeches.

One of my favorite crystals that I researched was Tigers Eye. One of the main things this crystal is supposed to bring you is calmness. Tigers Eye helps with anxiety by bringing that calmness and relaxing your mind and thoughts. This crystal is used a lot by people that are struggling a lot mentally when they can’t seem to see any good because the darkness has clouded their thoughts. They use this crystal because it is said to ground and stabilize your thoughts and emotions. This crystal is used to help amplify your willpower and strength to do things. Tigers Eye helps you find motivation for the life and things you want by moving the negative emotions out of the way while also keeping you from being too optimistic.

Many people don’t believe in crystals and their abilities and I’m not saying you have to. This is simply information that has come from my research. I personally have witnessed these things. I started off with just researching crystals and now I have 23 crystals, plus some random ones that I found outside. I’m not saying that crystals are life changing because they’re not. It’s up to you on how your life changes. But crystals may help you along the way, whether the help is with emotions, motivation, or healing. You may just want crystals for decoration.

The use of crystals is dated back to ancient years, whether the use was for battle, jewelry, warding off intoxication, rituals, or meditation. You may not believe in these things but it doesn’t hurt to research them. You may learn something that could be useful and that could help you in the end.

Emily Stevens is a student at Grand Meadow High School. She is one of 14 area students participating in the Journal Writing Project, now in its 23rd year.