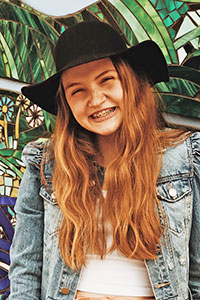 Positivity: the practice of being optimistic in attitude. Plastered everywhere we go — posted inside shopping centers, portrayed in shows on television, and inscribed on daily journals — the construct of positivity is almost inherent in humans. This proposes a question: when does positivity get warped into a new, toxic form? Here’s a closer look at the depths and detriments of an ineffective overgeneralization of a cheery spirit.

As a population, we all intermittently struggle with the overwhelming feeling that we are sinking, slowly inching towards rock bottom. It is during moments like these that positivity seems like the answer, but perhaps that is seldom the case. Although having a euphoric disposition theoretically seems like a convenient quality, constant positivity minimizes and invalidates authentic emotions provoked within humans. The phenomenon of toxic positivity can also undermine relationships, especially as those who are suffering tend to run from moments of vulnerability.

Toxic positivity can take many different forms. Having guilt for your feelings, using “feel-good” quotes as a response to others’ experiences, or even trying to dismiss emotions are all displays of toxic positivity. This concept demonizes emotions such as anger, sadness, or grief, which are societally deemed as “bad.”

When you use reassuring phrases as a response to others’ emotions, it is essentially saying that your comfort, which lies in surrounding yourself with ​only​ good vibes, is more important than their reality. An example of toxic positivity presenting itself is when your friend is having a vulnerable conversation with you, and you respond with phrases such as “Just cheer up!” or “Stop being so negative!” Instead of responding in a manner similar to that, validate their feelings, offer your support, and ask how you can show up for them.

Toxic positivity also negatively affects human health, since positivity stresses being happy and content, rather than authentic or true. Mental health is directly impacted by toxic positivity and everything that it comprises because creating a public persona, which is inauthentic to your truth, eventually becomes painful; trying to live out a truth that isn’t yours is challenging and unrealistic.

While having a content or jovial persona is overall more preferable by society, rejecting other emotions or being intolerant of experiencing negative emotions leads to worse consequences. It is blissfully ignorant to assume that humans, being very complex creatures, are always perpetually happy.

Positivity and the experience of positive emotions are not hindrances, unless they are faced with reality, which sometimes causes people to run away from vulnerability. Toxic positivity isn’t usually fueled by malicious intent but by the overwhelming desire to be positive or share the wealth of the positive person’s optimism.

The need for validation or reassurance has also become very prevalent in society. One of the most familiar ways toxic positivity appears is through self-help books. People’s insecurities are now being capitalized upon through this popular genre of self-help. This act of desiring to improve oneself has now been commercialized. Rooted mainly within yourself and the environment that surrounds you, problems cannot simply be solved by reading words of validation. Other people’s premeditated and deliberately told stories or personal experiences won’t effectively pull you out of your ever-downward spiral.

Although these books of self-improvement bring transient amelioration, they eventually — inevitably — fail to create everlasting change. It’s facile to view these cleverly marketed products as magical cures, but self-help delves deeper than a tangible item. Self-help is a way of glamourizing advocating for your actual needs — genuine help.

People desire a happy life, but sometimes obnoxious positivity, which eliminates special human connections as well as interpersonal connections, slowly makes that aspiration less desirable. Striving for happiness is admirable; the moments of happiness, although they sometimes feel fleeting, are still special.

Although recognizing the prevalence of toxic positivity may seem like a taxing responsibility, it is necessary in order to create change. Human emotions deserve to be acknowledged and felt to their full capacity. Do not suppress your actual truth to maintain a distant illusion of happiness. And please remember, there is room in this world for your raw humanness.