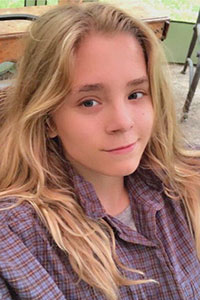 The dog meat trade is a very sad issue in today’s world that needs to be prevented and stopped.Today thousands and thousands of dogs are prepared to be slaughtered and used for dog meat in countries such as Nigeria, Switzerland, Vietnam, China, Thailand, Cambodia, and South Korea. Unfortunately, eating canines is legal in these countries and is done in many other countries as well. These dogs are raised to be strictly eaten, as well as go through a lifetime’s worth of abuse and neverending trauma. They are also put in horrible conditions, left to the outside elements, beaten, tied down, tied up in bags, and even crammed with other dogs in very tight and small cages. These dog deaths are very morbid and horrendous as well. In most of these countries, it is sickly believed that these brutal methods of slaughter and handling result in high adrenaline levels thus making the meat “tender” and “taste better.” These “dog butchers” will use methods on them where the animal undergoes extreme suffering and fear often in view of other people and other dogs. Most canines starve or die of dehydration before they are able to be slaughtered. Many dogs also are force fed spices and rice with tubes in preparation to be cooked and eaten. These dogs show signs of severe depression, malnutrition, and abnormalness in their behavior.

Some “dog meat farms” actually prefer a certain breed of dog. The Nureongi is a dog most preferred for meat in South Korea; this breed is often mistaken for a more common breed that isn’t used for dog meat, the Shiba Inu. They also prefer many other types of dogs for meat. Even commonly loved breeds popular in the United States are sometimes used for dog meat. For example, Golden Retrievers, German Shepherds, Cocker Spaniels, and Huskies! Most dogs in these countries are not only raised to be slaughtered but are often stolen or abandoned pets. In South Korea dogs are mostly seen as livestock, like how cattle and poultry are viewed, they are not viewed as companions. Some countries even believe dog meat is a mythical medicine that will heal sickness.

The dog meat trade is linked to outbreaks of rabies cholera and trichinellosis. Rabies kills 39,000 people in Asia because of the dog meat trade alone. Approximently 30 million dogs are killed annually in dog meat trades worldwide, many organizations are working to ban all dog meat trades and enforce laws in many different countries to prevent dogs from human consumption. But this is very hard because the trade is often unregulated and even laws against the meat trade are often still ignored by markets and even unregistered restaurants that still serve dog meat.

The organizations that help to shut down dog meat trades venture to countries and find dog farms and dog meat markets to try and rescue most of these dogs, often having to steal the canines, or ask to buy the dog to “eat.” Many rescuers are given packages of spices to use for cooking the dog by the butchers or market workers. The rescuers often struggle retrieving the dogs because these canines are so damaged and have so much trauma that they are uncivilized and terrified. Many rescuers get bit or attacked multiple times in a row. After these dogs are rescued they take years to recover from the horrors they endured. When these newly rescued dogs arrive at rescue shelters, they are bathed in chemical baths to prevent other rescued dogs from becoming sick. They are given time to heal and they are nursed back to healthy states, but some still die anyway, showing that such horrible conditions and trauma can’t always be… reversible.

Delaney Alden is a student at Grand Meadow High School. She is one of 14 area students participating in the Journal Writing Project, now in its 23rd year.